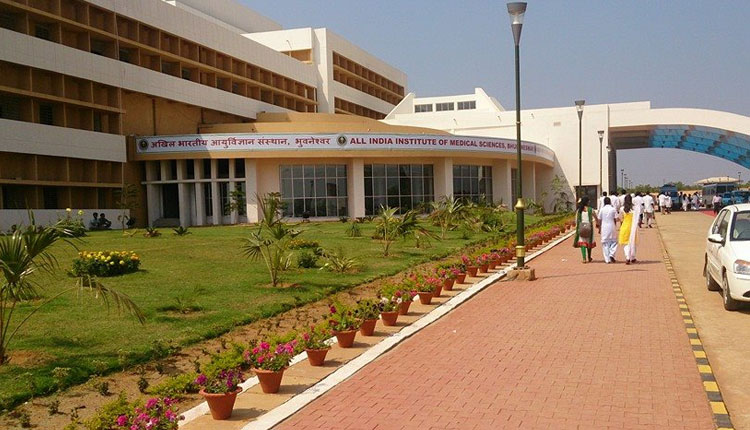 Bhubaneswar: Apart from its medical expertise, the All India Institutes of Medical Sciences (AIIMS) in Bhubaneswar has proved its mettle once again for promoting cleanliness, hygiene and creating sustainable practices in public health facilities by winning the Kayakalp Award Scheme.

The institute has been adjudged as the best central government hospital under B category for cleanliness for third consecutive year. AIIMS Bhubaneswar will get an award of Rs 2 crore for the performance. Union Health Minister Dr Harsh Vardhan presented the award in a virtual ceremony at New Delhi on Tuesday.

It had earlier received the award in 2018 as well as in 2019 for becoming second cleanest hospital in the country among category B hospitals (less than 1000 beds) and received Rs one crore as prize money.

Kayakalp award is given for cleanliness, sanitation & infection control in public hospitals. Award winners were announced by the @MoHFW_INDIA today in a function at Delhi and AIIMS, Bhubaneswar has been adjudged as the best Central Govt. Hospital under B category. @Amar4Odisha

Similarly, among the DHHs, Angul District Headquarters Hospital (DHH) has been awarded as the Kayakalp Winner Hospital while DHH Kalahandi was felicitated as Runners Up Hospital.

Applauding the importance of Kayakalp scheme Harsh Vardhan said.” Kayakalp has not only been able to facelift the condition of public health facilities but has also made significant impact in improving the behaviour of masses. This paradigm shift is well reflected in the number of ‘Satisfied’ patients as reported through ‘Mera Aspataal’.”

“The scheme, which saw the participation of 716 District Hospitals and central government institutions in its first year has spread to 26,172 public health facilities now. In the last year 2019-20, number of Kayakalp facilities has increased to 7,615,” added the Union Minister.

Union Petroleum Minister Dharmendra Pradhan too congratulated AIIMS Bhubaneswar for being adjudged as the best Central Government hospital for cleanliness.

Congratulate @AIIMSBhubaneswr on being adjudged as the best central govt. hospital under B category for cleanliness. Winning @MoHFW_INDIA’s Kayakalp Award for the 3rd time in a row is a testimony of their commitment for excellence, including in promoting cleanliness and hygiene. https://t.co/nnimhqLirx

The Kayakalp Award was introduced by the Union Ministry of Health and Family Welfare as part of the Swachh Bharat Abhiyan on May 15, 2015 as a national initiative to recognize and felicitate public health facilities that ensures high level of cleanliness, hygiene and infection control measure.