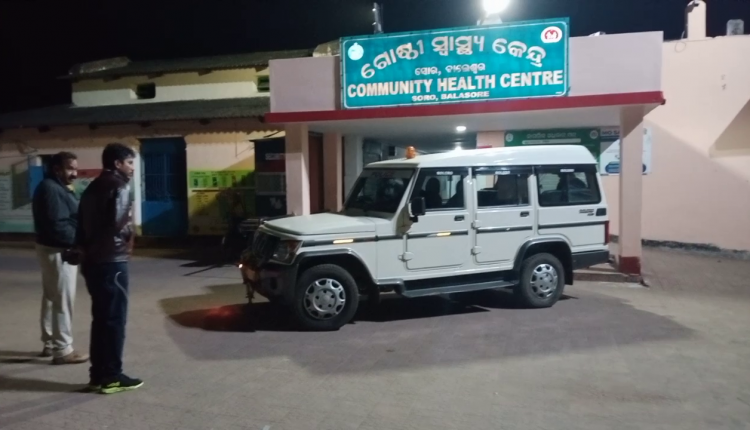 Balasore: A brawl took place between a gang of dacoits and local residents at Pitapalia square on NH 16 near Soro in Balasore district on Sunday.

Four persons of Pitapalia sustained critical injuries in the scuffle. They have been admitted to Soro Community Health Centre.

The injured have been identified as Sudam Charan Bauli, Ajay Kumar Behera and Pradeep Kumar Mahakud.

The incident took place when Sudam Charan Bauli was returning home. Bauli said the robbers were planning to execute a crime. But, their attempt was foiled due to alerted locals.

“While I was on my way to home, six-seven persons armed with sharp weapons attacked me near my house.  I called my neighbours and friends. They terrorised us at gun point and attacked us with sharp weapons causing severe injuries to me and my friends. I have identified two of them as Buddhia and Mohana. Rest of them were unknown to me,” Bauli said.

The locals informed the Soro police station following which Assistant sub-inspector Pradeep Mohanty, and Pratap Karlo rushed to the spot and captured one of the dacoits identified as Pradyumna Senapati, a resident of Marsaghai in Kendrapara district.

Police said that a case has been registered and investigation is underway. A man hunt has been launched to nab others, who are still at large.

Locals alleged that they have been witnessing a spurt in incidents of theft, burglary and robberies in last few days. Such activities are rising by the day due to police inaction, a local said.

In October, Soro police had conducted a raid and arrested three persons while they were planning to commit a dacoity.

Odisha: A Case Of ‘Fence Eating Crops’ At Balasore Hospital

Odisha: Man Gets Normal Look After Rare Surgery On Face At SCB