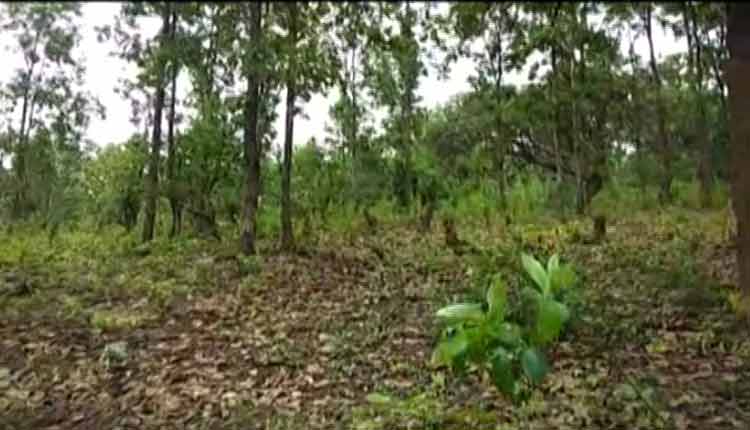 Bhubaneswar: The fate of nearly nine lakh sal trees in Uchabali, Gandhalpada and Kalimati areas of Guali panchayat under Joda block of Keonjhar district now hangs in balance. Not only Keonjhar, precious green cover in Sundergarh district is likely to be lost as the process of auction of 10 green-field mineral blocks in these two districts has begun at government level.

What is more concerning is the fact that only 200-hectares of non-forest area falls under the identified 10 mineral blocks while forest area constitutes over 700 hectares spanning across both the districts. Though the government wants to utilise the area for minerals, concerns are being raised over its adverse impact not only on environment but also on the livelihood of hundreds of locals, who are now gearing up for a massive agitation to safeguard lakhs of Sal trees.

“The areas are full of sal trees and several people and animals are dependent on the forest. We are against the auction and urge both Centre and Odisha government to cancel the process,” said Dagar Munda, Sarpanch of Guali Panchayat.

On July 2, Odisha government held a high-level meeting to kick-start the auction process after Forest and Environment Ministry gave its clearance for the 10 mineral blocks including six in Sundergarh and four in Keonjhar district.

Under such circumstances, many have questioned the Centre and State government’s move as bulk of the land falls under the forest land category.

“Our fate is dependent on forest and we eke out livelihood from it,” said Manisha Kerei, a local resident.
“There are enough funds in DMF and other categories, and the government wants more revenue. We are opposing the move to fell 9 lakh trees,” said Kiran Shankar Sahu, president of Keonjhar Nagarika Mancha.

“Existing mines have been transferred to new lessees from old ones as per the necessary environment clearances, guidelines of the Government of India. We have no proposal or news about it,” said Keonjhar Collector, Ashish Thakare.