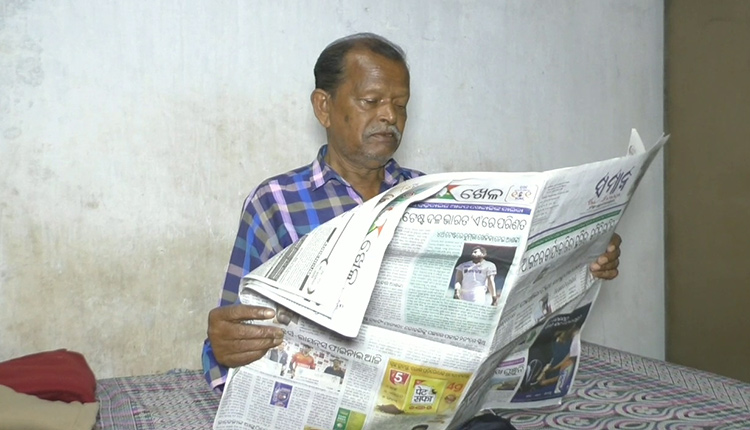 Cuttack: As the Army Day celebrations wind up in the country with the setting of the sun on Friday, an Indian Army veteran from a nondescript village, Jatamundia under Banki block in Cuttack takes a trip down the memory lane to portray the gallantry of the bravehearts in the Battle of Longewala of 1971.

The Battle of Longewala is one of the first major engagements in the western sector during the Indo-Pakistani War of 1971 and etched in the history books of the country’s glorious history courtesy of J.P. Dutta’s 1997 film ‘Border’. It highlights the heroics of Major Chandpuri and the Indian Air Force ‘Hunters’ destroying the Pakistani tanks.

Indramani Beura, once a veteran of the Indian Army faintly remembers the exact date of his retirement, but his old reddish eyes sparkle with pride while remembering the 1971 Indo-Pak war, especially the battle at Longewala in Rajasthan along the International Border (IB), which he was a part of.

Indramani joined the Army as a Sepoy and was deployed in the 412 Medical Battalion. In 1971, he was tasked to get attached with the Dogra Regiment stationed at Longewala. After around six months, the orders of the war came and he was to march to Kishengarh, from there with the entire regiment.

However, just after a day they reached Kishengarh, they received the news of a very large force of Pakistani tanks and infantry that had crossed the border and were headed south towards Longewala. Following the development, they were again ordered to return to their previous base as soon as possible.

Just after his return, what he saw made him cringe in fear. “Though every army man’s heart is made of steel, the fear of losing the battle as the consequence of his death grips every soldier’s sub-conscious mind sooner or later,” Indramani said.

“The huge Pakistani regiment with more than 40 tanks were nearing Longewala and we had to dig bunkers to cover us from Pakistani assault,” he said.

But being Pakistanis, they were fooled by the signal cables laid down near the IB and thought it as land mines. They halted their march providing opportunity for the lone platoon holding the fort to buy precious time before the ‘Hunters’ came flying and took out the enemy tanks.

Finally, the Pak force lost the battle and their losses as counted in the Indian territory were 37 tanks, 200 assorted vehicles, much other equipment, and over a hundred dead.