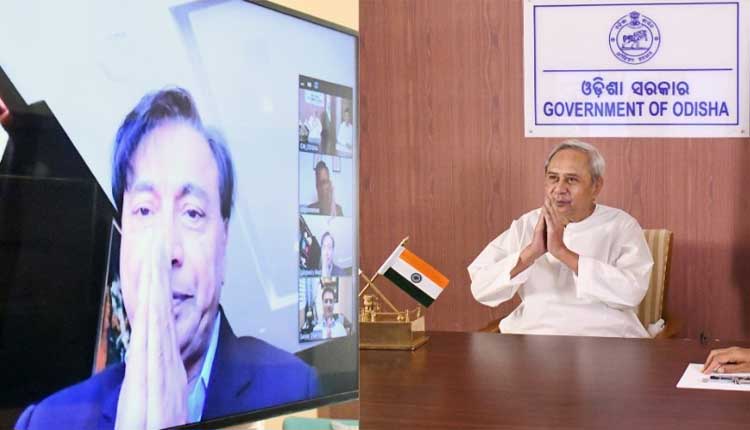 During the online discussion, Lakshmi Mittal informed that his company is planning to expand the pellet plant at Paradip and increase its production capacity from 6 MTPA to 12 MTPA. He further said that expansion of his iron benefication facility at Dabuna in Keonjhar from 5 MTPA to 16 MTPA is also on the cards making it a total of investment proposals worth around Rs 2000 crore.
Also Read

Patnaik advised the steel magnate to add value to the mineral resources procured from Odisha in the State itself so that it will help spur creation of more employment opportunities and enhance the development of the State economy.

The office of the Chief Minister will interact with the authorities of the ArcelorMittal so that the proposed projects make the headway very soon.

Mittal praised Naveen Patnaik for effectively managing Covid-19 crisis in the State and allowing opportunities for growth of industries at a time while the sector is struggling to cope up with the pandemic crisis across the globe.

“If we could not produce steel well enough in Hazira (Essar Steel), we could achieve the target in Odisha with support of your administration, people of Odisha,” Mittal said to Patnaik.

He also pointed out that two mines Sagasahi and Thakurani mines in Odisha which were brought by his company on lease could be completed due to top class transparent auction process of the State government and it has set up a new benchmark.

It may be noted that the L.N. Mittal-led company was cleared by the Supreme Court in November last year to aquire Gujarat-based Essar Steel for ₹42,000. The company also formed a joint venture with Japanese steel giant Nippon Steel.