Ancient Atharnala Bridge In Puri Closed For Vehicles From Today 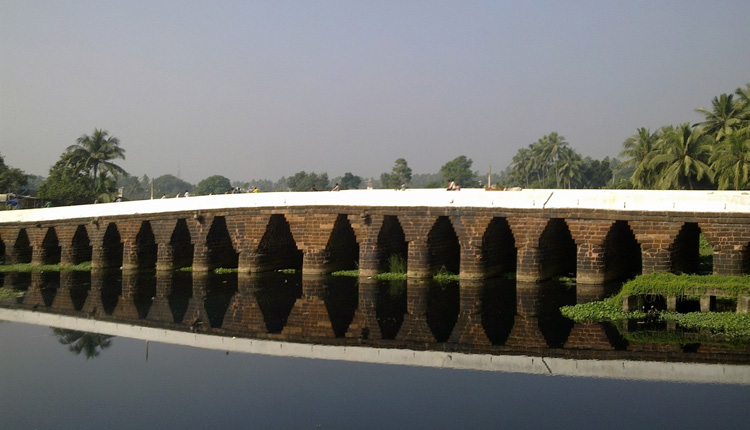 Puri: With an aim to conserve the historically important Atharnala Bridge located at the entrance of the pilgrim town, the Puri district administration has closed the route for all types of vehicles with effect from today.

From today onwards, two wheelers will not be allowed to ply on the bridge, said reports.

The Puri district administration had in 2015 restricted the movement of three wheelers and other heavy vehicles on the ancient bridge.

The decision was taken following a recommendation of the Archaeological Survey of India (ASI) for its conservation and beautification. The renovation of the bridge will be taken up the district administration and ASI soon.

The bridge was last renovated in 2014 before Lord Jagannath’s Nabakalebara festival. The beautification and development work was carried out by the Water Resources Department’s Drainage Division for which the Centre had sanctioned Rs 4.75 crore.

It may be noted that Odisha Chief Minister Naveen Patnaik in 2019 had approved Rs 2,308 crore for several development projects in Puri under the Augmentation of Basic Amenities and Development of Heritage and Architecture (ABADHA) and Atharnala heritage project is one among those projects.

The 85 metre-long laterite stone bridge was constructed in the 13th century between 975 and 995 BC over Madhupur or Musa stream at the entrance of Puri town by Matsya Kesari of the Ganga Dynasty.

The term ‘Atharnala’ is derived from two words, ‘Athar’ and ‘Nala’ which means ‘Eighteen Passages’. There are a total of 18 brick passages on which the bridge has been built.

Tagore’s Vision Was The Essence Of ‘Aatmanirbhar Bharat’: PM Modi At Visva-Bharati University