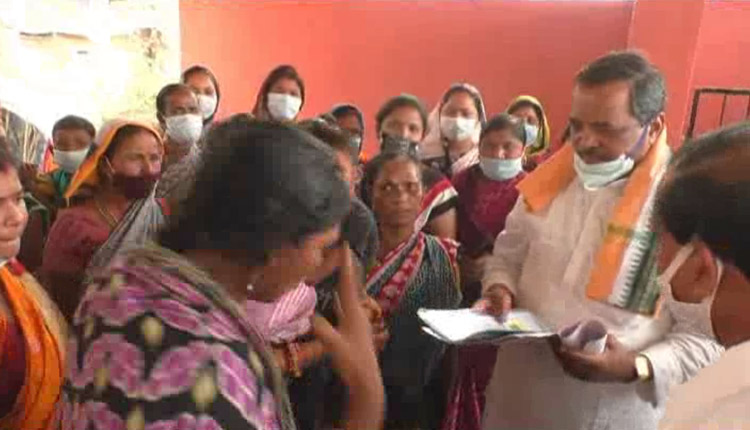 Sonepur: As the world celebrates the International Women’s Day acknowledging their contributions, Odisha Minister of Commerce and Transport, Padmanabha Behera was reportedly seen turning a blind eye on the grievances of his women constituents in Binika on Monday.

As per reports, the minister was on a visit to Binika when some women assembled in front of him with the work orders of Pradhan Mantri Awas Yojana (PMAY), that were reportedly awarded to them a year back.

The women alleged that, even after one year of work orders, the construction of their houses have not begun so far. Protesting the inordinate delay, they returned the work orders to the minister denying any assistance from the government. However, when a grieving woman laid herself on the feet of Behera, he ignored her and walked off the spot.

The act of Behera, on the International Women’s Day has invited criticisms from the locals.

Manjulata Naik, a PMAY beneficiary said, “Behera provided us the work orders in a programme at Town hall a year back. The officials told us to demolish our existing houses, so we brought them down. But to our dismay, no construction work could begin even after a year.”

“So we returned all the work orders to the minister and demanded justice. But he walked off ignoring us. This is preposterous,” Naik added.

Behera was unavailable for comments on the allegations.