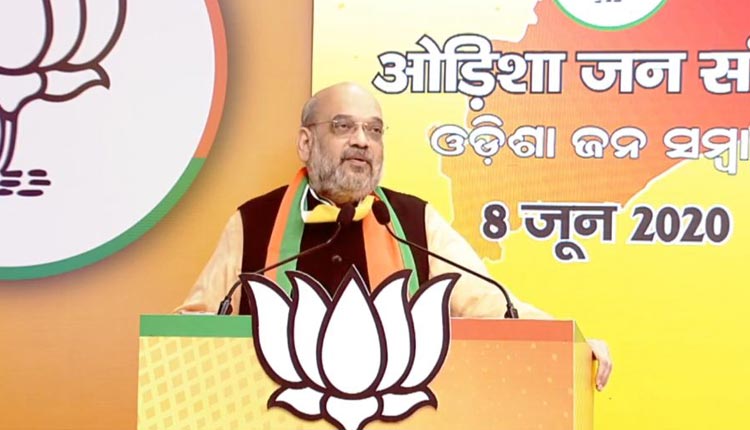 Bhubaneswar: A BJP government in Odisha can ensure that people of the State will not have to migrate to other states to earn a living, said Union Minister and senior BJP leader Amit Shah while addressing his party’s virtual rally in Odisha on Monday, sparking a political blame game in the State.

While Congress trained guns at the Centre and the State blaming both for the plight of the migrants, the ruling-BJD in the State said that skill mapping of the returnees has already begun to provide them jobs.

“There is no plan to promote the MSME sector. The government will fail in providing jobs to people in the coming days. Instead of speaking on how COVID-19 could be tackled in Odisha, he (Amit Shah) made political statements,” said Congress leader, Pradeep Majhi.

Targeting the Odisha government, State BJP spokesperson, Golak Mohapatra said, “Even after 20 years of BJD rule, the State has 20 lakh migrant labourers. Immediate steps should be taken for skill mapping of the returnees.”

Responding to the allegations, ruling-BJD MP, Subhash Singh said skill mapping of the returnees is already on at the block and district levels and jobs will be provided to them accordingly.

As per government data, around 5.1 lakh people have already returned to the State by road, special trains and other means of transport. Earlier, state government spokesperson, Subroto Bagchi had said that around 12.7 lakh Odias are working outside the State.

Though there has been a decline in the number of people returning to Odisha, special trains continue to run through the State and more migrants are likely to return in the coming days. It is worth mentioning that of the total COVID-19 cases reported in Odisha, majority are among the returnees.