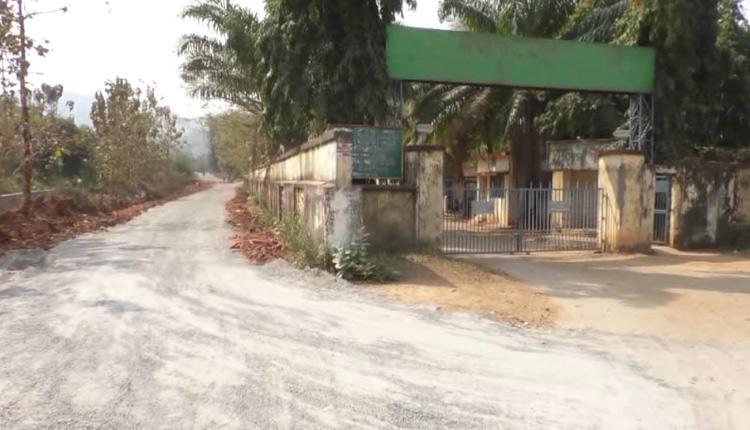 Gajapati: Amid the escalating border tension between Odisha and Andhra Pradesh over claiming of Kotia villages in Koraput district, the neighbouring State has stroked a fresh controversy by reportedly constructing a one-km-long pucca road near Chha’ Mail village under Kashinagar block of Gajapati district.

Sources said, the road is being constructed to Althi village under Kothuru mandal in Srikakulam district of the neighbouring State.

However, it is being alleged that over one kilometre of the road reportedly falls within the territory of Odisha.

On Thursday, Kashinagar Tehsildar, revenue and police officials rushed to the spot for inspection after receiving the reports of the construction of the new road within the State’s boundaries. They seized the construction materials after reviewing the spot.

The construction work meanwhile has been halted by the Gajapati district administration, said reports.

“The Andhra government was constructing a road which falls within the boundaries of Odisha. When asked, the concerned officials said that they unknowingly constructed the road in the territory of the State. Two vehicles were seized and penalised. We have installed boundary pillars on the spot and a display board will also be placed that will help in identification of the boundary of the two states,” informed Sub-Collector of Gajapati, Sangram Sekhar Panda.

Two years ago, the district administration had prohibited the use a road situated near Paralakhemundi town, which connected Althi village from Gajapati by installing pillars for the demarcation.

However, the neighbouring government was allegedly constructing another pucca road without the permission of the concerned administration or Odisha government. The officials of Gajapati district administration are yet to respond on the matter.

In a related development, the Supreme Court on today asked the Odisha government to respond within four weeks time on an affidavit filed by the Andhra Pradesh government claiming that the latter has been holding elections in villages at Kotia in Koraput district since a long time.

On February 18, the AP government had filed the affidavit claiming that it has been holding elections in the area since 1952.

The affidavit was in response to a direction by the Apex Court while hearing a contempt petition filed by the State government alleging that neighbouring AP had violated status quo by grabbing villages in the bordering areas in Kotia and taking unilateral decision in holding elections recently.

Kotia dispute is a long pending border issue between Andhra Pradhesh and Odisha. Both states have been claiming their sovereign rights over the area, which consists of 27 small tribal hamlets on the border.

Virat Kohli Reveals Battling Depression, Says He Felt Like The “Loneliest Guy In The World”