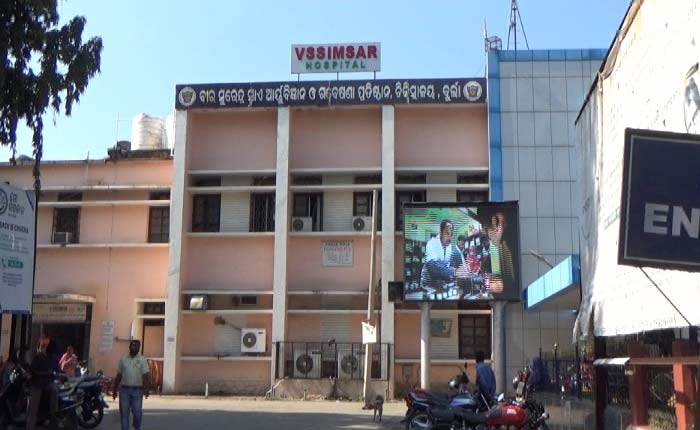 Sambalpur: A horrific case of alleged medical negligence has surfaced from Sambalpur district where a girl patient has been left with dark patches all over face after being reportedly administered wrong injection.

The incident has been reported from Veer Surendra Sai Institute of Medical Science and Research (VIMSAR) in Burla.

According to sources, the girl was admitted to the ENT department of the hospital on January 22 after she developed infection in her mouth. After diagnosis, the doctor at the hospital administered an injection to the patient.

However, instead of getting cured from the infection, she reportedly developed dark patches all over her face. Now, the infection has become severe and her condition is reportedly critical.

Buddha Dwari, brother of the patient alleged that the doctor administered the injection without testing the skin and it resulted in such infection.

“My sister is lying on bed No. 40 of the ENT department for the last 18 days. She is not being given proper treatment. Now the authorities have decided to refer her to SCB Medical College and Hospital in Cuttack and suggested that plastic surgery will be conducted on her.”

“If my sister will have to undergo plastic surgery, the VIMSAR authorities and State government must bear the expenses of her treatment,” he added.

VIMSAR superintendent Jayashree Dora said the patient might have developed the infection due to side effect of the injection.

“A four-member team has been formed to conduct an inquiry into the incident. The probe report will reveal whether there was any medical negligence,” Dora said.

“The committee has decided to refer the patient to SCB Cuttack in case she needs plastic surgery,” she added.