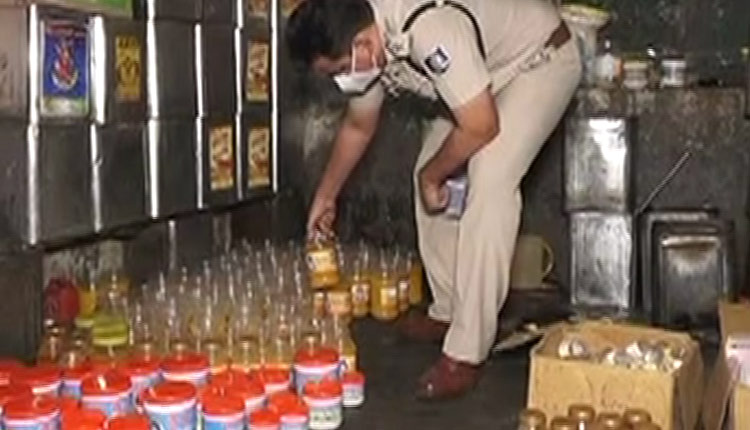 According to sources, the illegal unit was busted during a joint raid by Zone 1 ACP, Amarendra Panda and Cuttack Municipal Corporation (CMC) health officer Satyabrata Mohapatra.

Huge quantity of adulterated ghee worth lakhs of rupees, raw materials used in manufacturing of the product and machinery were seized from the factory. While the police detained one person in this connection, the owner of the unit is absconding.

“We got vital lead about manufacturing of duplicate ghee of various brands following which a joint raid was conducted by the health wing of CMC and the police. We found duplicate ghee, other edible oil and packed ganga water. The ghee was made using palm oil and other ingredients to give it a customary flavour,” said CMC health officer, Satyabrata Mohapatra.

“Plastic containers with labels of various brands were seized from the unit. The factory owner does not process any kind of licence to run it,” he added.

Earlier in the day, the Chauliaganj police carried out crackdown on a factory allegedly manufacturing adulterated spices like turmeric and chilli powder.

“The Inspector-in-charge of Chauliaganj had information that an adulterating turmeric and chilli powder processing unit was operating at Bhadimula village. Subsequently a raid was conducted on the unit today,” Zone 1 ACP, Amarendra Panda had said.

Panda said that several chemicals, raw materials and labels of various companies were seized during the raid.

“As per the officials of Cuttack Municipal Corporation (CMC), several chemicals used in the production of the spices are cancer-inducing. The trade licence of the company had expired since March 2019 and the company also lacked necessary authorization from the food safety of India,” Panda said adding that one person has been detained in connection with the incident.

Serum Institute To Seek Emergency Use Authorisation For Covishield Vaccine In 2 Weeks: Poonawalla