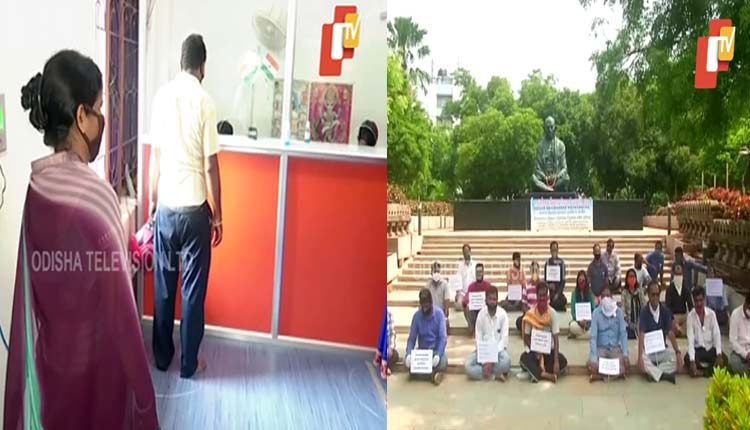 Bhubaneswar: Admission process has reportedly begun in some private schools in Odisha as parents and students continue to grapple with uncertainty over the feasibility of reopening of schools, pending exams and publication of results in the time of COVID-19.

Though admissions have started following the direction of the Odisha government, parents’ association today staged a protest alleging that the government has taken the decision to start the admission process only to benefit private schools.

“It’s an attempt of the government to loot parents. There is a secret nexus between the government and private schools,” alleged Prasanna Bisoi, vice-president of Odisha Abhibhabak Mahasangha.

Responding to the allegations, School and Mass Education Minister, Samir Dash said that the decision to allow admissions in government schools should not be linked to private schools as the admission process in the State needs to be concluded by July 15.

“Our aim is to complete the admission process by July 15 and the COVID-19 guidelines will be followed during the process,” said Dash.

Earlier, the Centre in its advisory had said that no educational institutions would be opened before August 15.

On the other hand, Union Human Resource Development (HRD) Minister, Ramesh Pokhriyal Nishank today said that the Centre is contemplating the option of reducing the syllabus and instructional hours for the coming academic year.

Nishank also urged teachers, academicians and educationists to share their opinion on this matter.

“Conducting the exams without completion of the syllabus may be considered and teachers can be liberal in evaluation. However, reduction in the syllabus is not acceptable,” said educationist, Pritish Acharya.

Also Read: No Odisha Schools To Face Closure, Admissions In All From June 8: Minister