In employment generation in the formal sector, Odisha ranked at a distant 18th -20th in the league of top job creators in country 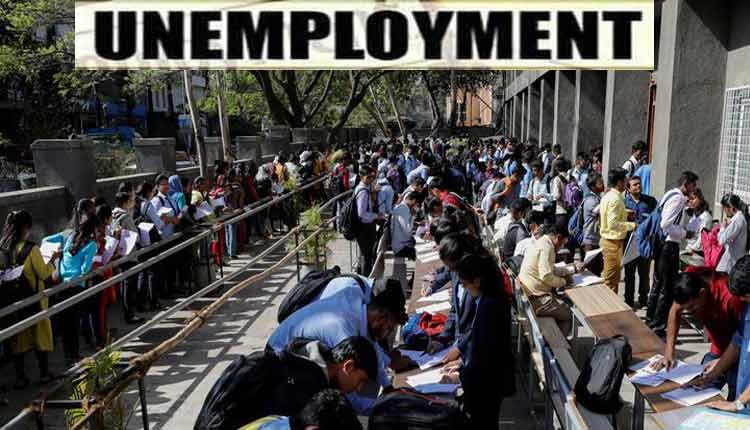 Bhubaneswar: Odisha is yet to be counted among top-10 job creators in the country. The acuteness of joblessness in the State is well evidenced by the hard numbers.

As per the net payroll data released by Employee Provident Fund Organisation (EPFO) on Thursday, when the country sees new jobs counting to a high of over 60.59 lakh till November end in fiscal 2019-20, Odisha could see new jobs totalling to mere 48,338 only, which is only 0.79 per cent of total jobs generated in 2019-20.

Similarly, during the month of November 2019, the State saw new jobs numbering around 6,801 vis-a-vis a whopping of 9.64 lakh nationally.

Why the EPFO net payroll numbers are very distressing for Odisha is the population in the age-group of 18-35 yrs is estimated at a whopping around 1.48 crore, and active job-seekers in the State are estimated at around 3.2lakh.

This statistics shows the pathetic joblessness scenario in State as when over 3.2 lakh fervently searched for jobs, the job-offer here counts to mere thousands.

For which, in employment generation in the formal sector, as per EPFO data, Odisha fails to make it into the league of top-10 job creators in the country. Odisha hovers in between 18th and 20th rank in the age-group of 18-35 years.

Though jobs in Odisha seem to have bounced back in the fiscal year 2019, the State seems falling by yards in employment generation vis-a-vis the national aggregate.

What is the meaning of net new EPF subscribers? EPFO terms the net payroll numbers as the count of the number of new employees who subscribed to the EPF with non-zero contribution vis-a-vis the employees who exited from the EPF scheme.