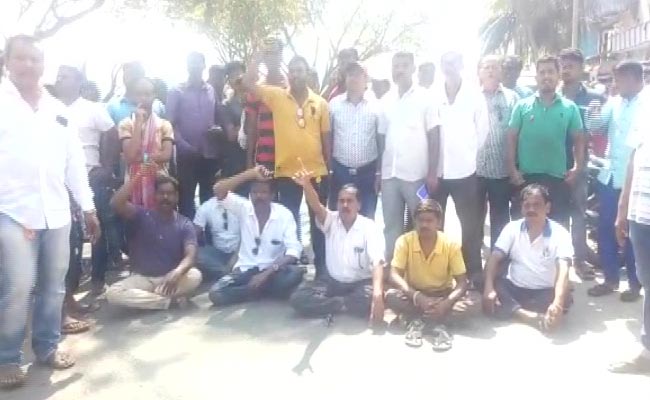 Berhampur: A five-year-old private school student died after falling off an auto-rickshaw near Tileswar Ram Mandir while on way to school in Digapahandi of Ganjam district on Wednesday.

The student was reportedly rushed to hospital in a critical condition; however, doctor declared him brought dead.

“The auto-rickshaw was overloaded. It was not the school’s vehicle and I don’t think the vehicle has the required permits under the Motor Vehicles Act to ferry children,” said a relative of the deceased student while demanding stern action against the driver for rash driving and also the educational institution.

Irate over the incident, locals and family members of the deceased boy staged a road blockade on Digapahandi-Chikiti road.

“This is not the first incident from Digapahandi. Around 15 days ago, another student fell off an auto-rickshaw and he is still undergoing treatment at a hospital in Visakhapatnam,” said a local.

He further alleged that several schools have been opened in the region without requisite government permissions and vehicles without required permit are ferrying children to schools.

The locals later withdrew the protest after police reached the spot and assured them to take necessary action against the driver of the vehicle and the school.

The incident has once again exposed the rampant violation of norms on transportation of school children. Despite stern guidelines for vehicles ferrying school students, lack of enforcement is leading to such mishaps again and again.