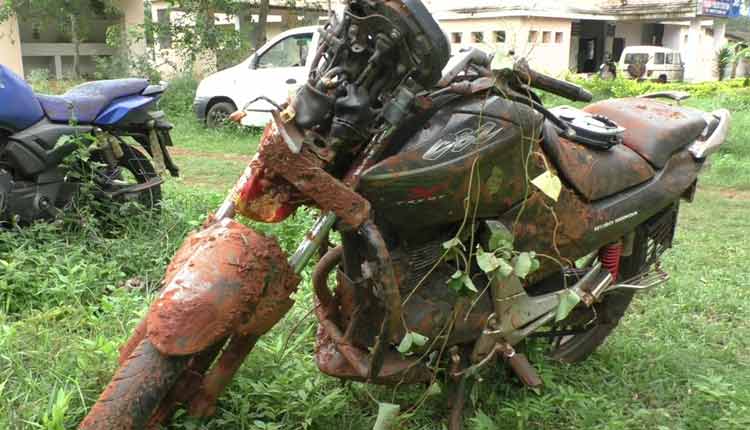 Koraput: A pall of gloom hung over the village of Padua in Koraput district after four minor boys, who happened to be friends, died in a tragic road mishap last night. The minor boys were returning to the village on a motorcycle when the mishap occurred. As per reports, the bike they were on veered off the road & fell into a ditch near Padua IB guest house.

The deceased have been identified as Prashant Khara (16), Pankaj Mohanty (15), Krushna Hantala (12) and Sashi Khila (11). All of them died on the spot.

“The boys always used to move out together and would return by 10 pm every day. We had initially thought that the boys may have stayed back as it was raining last night,” said Krushna Chandra Mohanty, father of deceased Pankaj.

Mohanty informed that they had launched a search operation after Pankaj did not return home till 2 am. At around 5 am, we got information that a motorcycle has met with an accident and we immediately rushed to the spot.

“Though we had tried to contact the boys over phone, we failed in our attempts as none of them was picking the calls,” said another family member of the deceased.

Following the tragic death of the minor boys, Pottangi MLA Pritam Padhi and other officials of the district administration visited the village and provided assistance from the Red Cross Fund to the bereaved family members.

The last rites of all the four boys were performed at Padua village today.