3 Arrested For Smuggling 170 Kgs Of Ganja In Odisha 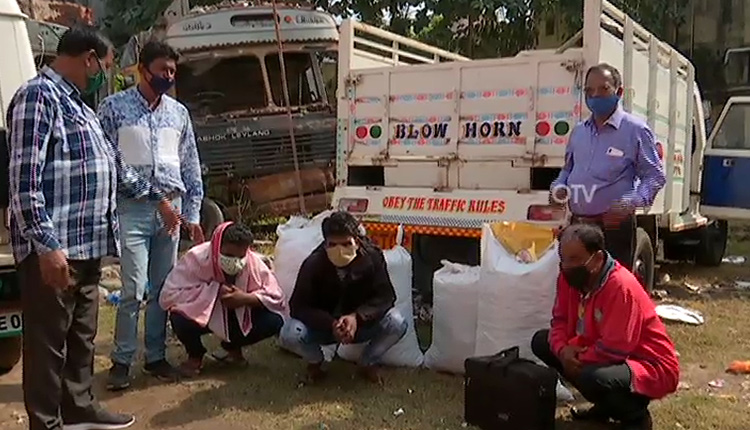 As per reports, the excise sleuths laid a trap on NH-16 near Lanjipalli in Berhampur at 9am after getting a tip off about two suspected Ganja peddler. They apprehended a pickup truck at the check post whose occupants reportedly started a quarrel with the officials. Nevertheless, upon searching it, at least 160 Kgs of the contraband was found in hidden compartments of the vehicle.
The Ganja was reportedly procured from R Udaygiri area in Gajapati district and was being transported to Athagarh in Cuttack.

The pickup truck had a fake registration number too. It sported an Odisha registration plate, but further investigation revealed that the vehicle actually belonged to the state of Jharkhand.

In the second incident, the same excise officials arrested a youth in Berhampur who had 10 Kgs of Ganja in his possession.

Briefing media, Shantanu Kumar Nayak, the Deputy Commissioner of Excise Department in Berhampur said, “After getting a tip off, I sent our inspector and other staff for patrolling at Lanjipalli who did a remarkable job in apprehending those suspects.”

“The drug peddlers are getting cautious now-a-days. They usually avoid transporting the Ganja in buses and use small private vehicles for the purpose,” said Nayak.