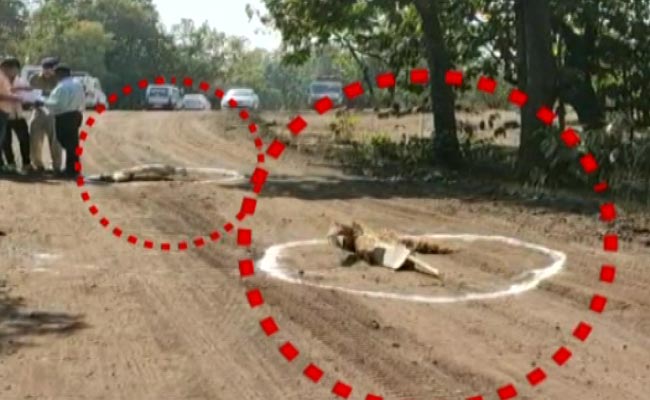 Bhubaneswar: Ex-MLA Anup Sai’s driver who was arrested by the Chhattisgarh police on Saturday for his alleged involvement in the murder of a woman and her minor daughter in 2016, confessed to have committed the crime and revealed crucial details during interrogation.

Earlier, the ex-MLA, who is the prime accused, submitted an affidavit during 2014 elections where he mentioned that he owned a SUV bearing Registration No. OR-02 AY 8596 which he had been using since 2009. However, he sold the vehicle to his relative Sunil Sai Deo in 2016.

An NOC application to take the vehicle Gujarat was also accepted by the Bhubaneswar RTO in July 19, 2017. However, sources said despite the clearance, the vehicle was not taken to Gujarat and it was being plying in Odisha which has raised doubts.

Similarly, Anup Sai bought another SUV bearing Registration No. OD-02 AV 9744 on July 6, 2015 which is still being used by the former legislator.

Meanwhile, police is trying to establish whether the two vehicles owned by the ex-MLA are the same which were used in the killing of Kalpana Das and her minor daughter. Police are also suspecting the involvement of other persons in the double murder and have intensified the investigation.

On Sunday, Toppo was taken to the crime scene in Hamirpur by the Chhattisgarh Police where he reconstructed in details on how they executed the murder.

“Following the confession about his involvement in the murder, we took Toppo to the crime spot and tried to recreate the scene. He told that apart from a Bolero, an Innova car was also used to kill the duo. He also said there were some other persons in the Innova too. However, he refused to give their details,” said Raigarh SP Santosh Singh while speaking to OTV.

Meanwhile, multiple teams of Chhattisgarh Police have been sent to Bhubaneswar and Jharsuguda for further investigation into the incident.

“Our teams have been sent to Bhubaneswar, Jharsuguda and some other places for further investigation. We are also checking the bank account details of Anup Sai,” added the SP.

It is pertinent to mention that Anup Sai along with his driver Toppo killed Kalpana and her daughter near Hamirpur forest in Chhattisgarh’s Raigarh district in 2016. Though the ex-MLA only wanted to kill Kalpana, later he killed her daughter fearing that he could be exposed.