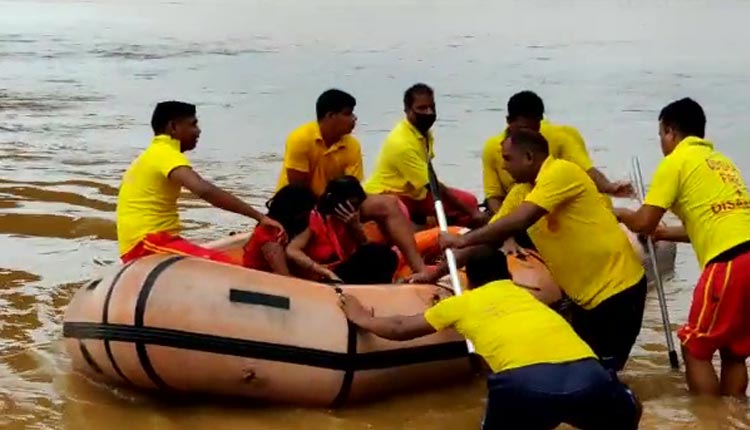 Cuttack: A swift response by the rescue team saved the lives of two young women, who jumped into Kathajodi River from the Trishulia Bridge in Cuttack in an apparent bid to commit suicide.

According to sources, the women were on their way to Cuttack from Bhubaneswar on a scooter. Suddenly, they halted on Trishulia bridge, parked their vehicle and jumped off, informed sources.

On receiving information, Fire services personnel rushed to the spot and launched an operation to rescue the duo. The divers of the Fire Services department rescued the women, who were stuck in the bushes inside the river.

Soon after rescue, the women were shifted to hospital where their condition is stated to be stable. However, the reason behind such an extreme step taken by the women is yet to be ascertained.

“I was going to Godisahi in Cuttack to see a patient when my pillion rider noticed that one of the girls jumped into the river. By the time we reached near the spot, another girl also jumped into the river. I immediately contacted the police who inquired sought details about the exact location and reached the spot,” said an eyewitness.

Assistant Fire Officer of Cuttack Fire Station, Abani Kumar Swain said “When we got information that a female duo jumped into the river, the personnel from Barang and CDA reached the spot without any delay. The swimmers were able to track down the women, who were in a frightened state. They were rescued and sent to a hospital. Their condition is stable.”