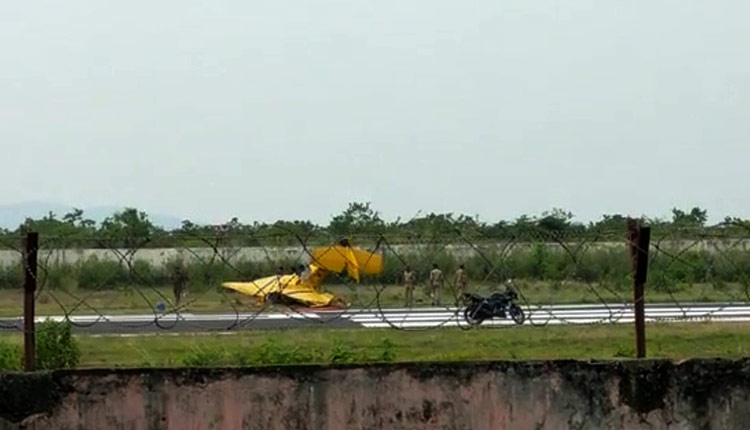 Dhenkanal: Two persons including a lady trainee pilot and her instructor died after their aircraft crashed in Odisha’s Dhenkanal district on Monday morning.

As per the initial reports, the trainer aircraft went down on the tarmac while undergoing flight training at Government Aviation Training Institute (GATI) at Birasala under Kankadahada police limits in the district.

The trainer aircraft crashed minutes after take-off from the airstrip killing the two occupants. While it is suspected that the air crash was caused by a technical snag or inclement weather, the exact reason behind the mishap is yet to be ascertained.

Dhenkanal Superintendent of Police, Anupama James and other officials have reached the spot and a probe into the crash is underway.

“Prima facie, it is suspected that the aircraft nose-dived and crashed on to the runway while trying to land. The deceased were identified as Anis Fatima (trainee) and Sanjeev Kumar Jha (Instructor). We can provide more details once the DGCA concludes its inquiry on the crash,” said James.

According to sources, pilot training was started at Birasala aviation institute last year. The total strength of the trainees at Birasala is 90 while as many as 36 pilots take to the skies each day. The training was remained suspended in view of COVID-19 lockdown in the country and the airstrip reopened on June 1 after easing of restrictions.

No comments can be obtained from the GATI authorities on the mishap.

OSRTC Buses, 6 New Trains In Odisha From Tomorrow As Public Transport Limps Back To Normalcy