FFC has allocated a whopping Rs 2,139 crore for the State Disaster Risk Management Fund (SDRMF) during the fiscal year 2020-21. The contribution of Centre & State stood at Rs 1,634cr and Rs 535cr, respectively 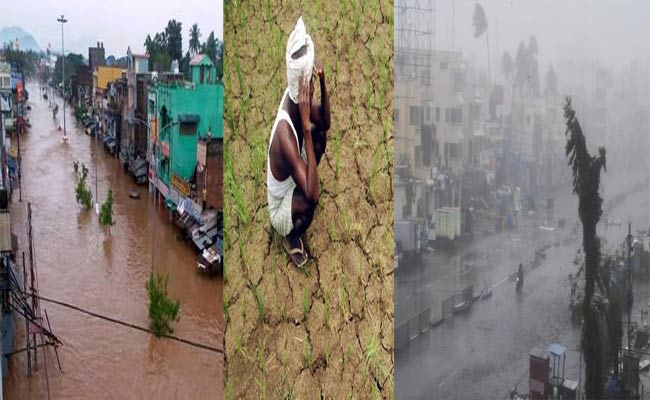 Bhubaneswar: Odisha is the most disaster prone State in the country. The State scored the highest of 60 out of 70 in the Disaster Risk Index (DRI) prepared by the Fifteenth Finance Commission (FFC).

The vulnerability of the State to disasters has also been rated highest owing to high poverty. The FFC has awarded the highest poverty point of 30 (as State’s poverty rate is 32.59%) to Odisha. As a consequence, Odisha tops the country in the DRI with a score of 90 out of 100.

A glance at the detailed DRI score reveals that Odisha has scored the maximum value of 15 each in floods, droughts and cyclones. Only in earthquake, the State figured in the least risk prone category. Odisha has been placed in the category of medium risk prone states in other disasters (including lightning).

Significantly, the FFC has made a little alteration in the allocation of resources to States for disaster management. While retaining the 14th FC criterion of expenditures by States on disaster management, the FFC included the parameters of area (15% weightage), population (15% wieightage) and disaster risk profile to arrive at the final allocation.

Even, CM Naveen Patnaik has demanded a special package of Rs 1,500 crore (over the regular grants on disaster response) for mitigating and strengthening disaster preparedness during the visit of the FFC team to Odisha.

The FFC has directed to form Disaster Mitigation Fund both at the State and national level. And towards this end, an enhanced allocation has been made to SDRMF, which was earlier only known as State Disaster Response Fund (SDRF).

However, the higher allocation mandated by FFC to Odisha SDRMF has put the Odisha Finance Department in a fix. The State budget 2020-21 has to hike the allocation for SDRMF  by a whopping Rs 444 crore, when the State is currently witnessing a crunch in resource allocation to its surfeit of schemes.

Weather Forecast: Rains To Soak Parts Of Odisha In Next 24 Hrs