Two back to Back Low Pressures To Hit Odisha

Miscellaneous Come Nov 16, No Private Bus Will Be On Wheels In Odisha!

Even as the cumulative rainfall deficit of this monsoon in Odisha to date has been only 16 per cent, in the early days of July, it seems the rains have gone on leave. For which, during the last 72 hours, half of the State's landscape has recorded large deficient to deficient rainfall. But the July joy will return soon, predict weather models.

As per the model forecasts by reputed agencies like ECMWF, GFS, IITM and IMD, a low-pressure region will develop very near to Odisha coast on and around July 14-15. And again on July 17, another low-pressure area will form in the south-central Bay of Bengal, which will become a depression. The development of back to back weather systems are predicted to bring good monsoon rainfall in July.

The model forecasts show that after the development of the Lopar on and around July 17, the prediction is the system will grow up to become a depression in the next 24 hours and will move towards north Andhra Pradesh and South Odisha coast. The forecast is the depression may cross the south Odisha coast on and around July 18-19 (see the image below). As a consequence, the coastal districts in the State are going to receive a significant amount of rainfall in mid-July. 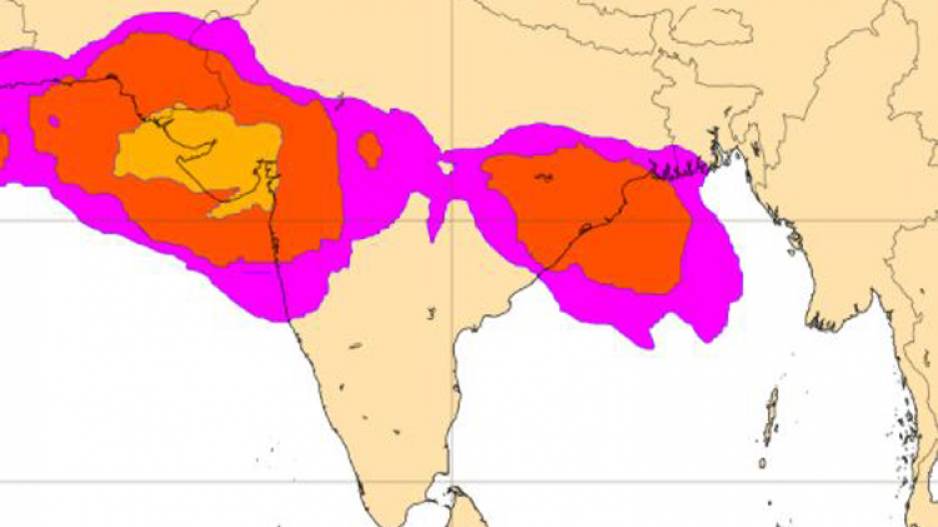 Two back to back low pressure to hit Odisha

The Bhadrak district is seemingly staring at drought. After over 50 per cent deficient rainfall in June, the deficit range in the last 72 hours had increased to a whopping 95 per cent.

The Forecast: Except for rainfall at isolated places, there is no prediction of any significant rainfall across the State for the coming next 72 hours (till July 6). Few places in western and southern Odisha may record good rainfall on July 7 and 8.

After almost a dry period of over another 72 hours, rainfall forecast is predicted on July 12 at few places in the State.

There is a forecast that Puri may also witness rainfall activity on July 12 - the Grand Rath Yatra Day. But the rainfall will be of intermittent nature, no continuous rainfall, the forecast shows.

July 14-15: Due to a low-pressure region very close to the south Odisha coast, good rainfall activity is predicted for the whole State - north coastal. south coastal, south interior and north interior districts in the State.

July 17: A low-pressure area is predicted to form over the south-central Bay of Bengal. In association with the system, rainfall is predicted over north coastal Tamil Nadu and the coastal region of Odisha and Andhra Pradesh.

The model forecasts show the system will grow to depression and move towards the north Andhra Pradesh and South Odisha coast. It is predicted to cross the south Odisha coast on July 18 night or morning of July 19.

Due to the system, Odisha is likely to receive heavy to very heavy rainfall on July 18-19, the forecasts say.