Among the big states, only Odisha, Madhya Pradesh, Gujarat and Kerala are the states that have received deficient rainfall this monsoon (as of July 23)

With the low pressure area lying over Odisha, the skyline of the State is today clouded by rain-bearing clouds. However, with the system shifting farther towards the northwest, as many as 25 districts, including Bhubaneswar and Cuttack, will not record rain from around 11 am tomorrow.

As per a meteorological analysis by IMD, ECMWF and US-GFS, except for the districts of Keonjhar, Jharsuguda, Sundargarh, Bargarh, Mayurbhanj and Jagatsinghpur, the rest of the districts in the State are not going to witness any significant rainfall from July 24 to the morning hours of July 26. 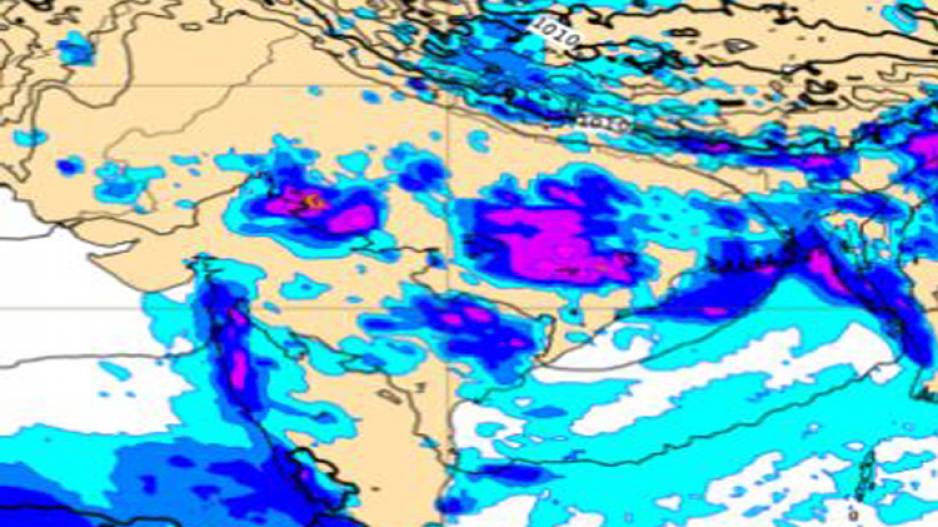 However, following the formation of a fresh low pressure area over the north Bay of Bengal, close to Bangladesh and West Bengal coasts on July 27-28, Odisha will be recording very heavy to extremely heavy rainfall from the morning hours (11 am) on July 28. There is a forecast of widespread rainfall across the districts in the State.

The weather analysis shows that nearly 36-hours prior to the formation of the low pressure area, as many as 14-15 districts will record heavy rain accompanied by thunderstorms during the evening hours (4-6 pm) on July 26 and 27.

However, the real action will begin in the evening hours (5-6 pm) on July 28 and will last till the morning hours of July 30. The ECMWF forecast shows the accumulated rainfall across the State in the range of 10-100 mm. The district-wise details are given below.

As per IMD, the rainfall recorded today (July 23) district-wise.

Among the big states, only Odisha, Madhya Pradesh, Gujarat and Kerala are the states that have received deficient rainfall this monsoon (as of July 23).