Monsoon Low on Jun 15, Heavy to Very Heavy rains In Odisha on Jun15-16

Monsoon is yet to cover as many as 9 districts in Odisha. IMD June Outlook predicts a fresh low pressure between Jun 17-20 in the North Bay of Bengal. The State will see normal to above normal rainfall till June 23

In a major change of conditions in the Bay of Bengal, a rise in the mean sea level pressure has been observed. As a consequence, the low pressure area over the north west Bay of Bengal close to Odisha-West Bengal coasts now stands weakened.  However, the model forecasts predict strengthening of the system in the next 48 hours.

While the NCEP GFS predicts the low pressure system crossing the Odisha coast between Puri and Jagatsinghpur on June 15-16, the ECMWF outlook forecasts about the system moving towards north Odisha-West Bengal coast.

The unanimity between both models is Odisha is going to see fair amount of precipitation on June 15-16. (see the image given below) 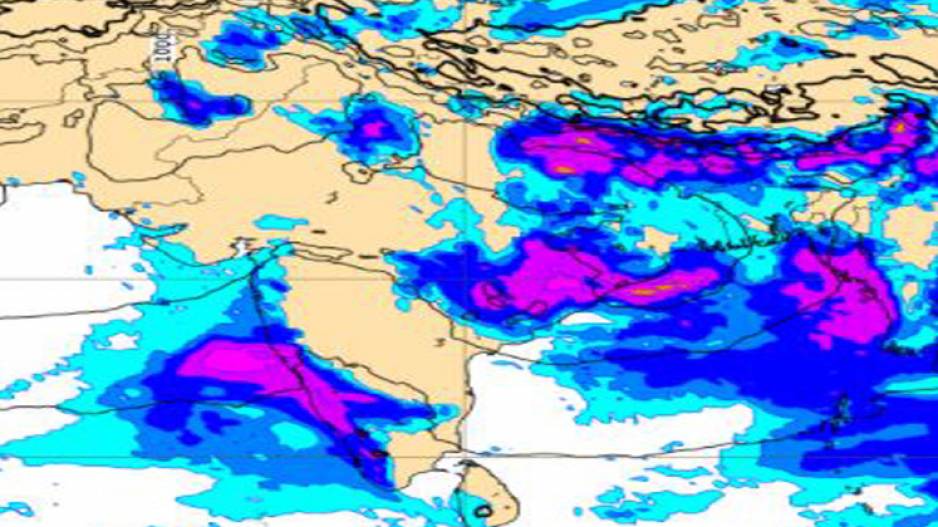 The Impact On Rainfall

Due to weakening of the system, ECMWF, GFS and IMD models show less than 20 mm rain in 24 hours on June 13,  except south Odisha districts like Koraput and Malkangiri where the accumulated rainfall in 24 hours could be in the range of 40-50mm.

June 17 to 23 June: The country's apex weather forecasting agency outlook predicts a likely formation of a fresh low pressure are over north Bay of Bengal during 1st half (17-20 June) of the week.

The outlook says along with likely low pressure area, the establishment of monsoon trough and strengthening of easterly winds at northern parts of India and strengthening of westerly winds coupled with increase of pressure gradient across west coast, Odisha will witness a fresh active monsoon rainfall spell activity during the period. As a consequence, the overall rainfall activity in the State is likely to remain above normal in the week.

June 24-30: TThe absence of any system during the week will see a fall in rainy days in the State.

Even as the south west monsoon has embraced a whopping 11 districts in the State, a total of over 9 districts (Angul, Dhenkanal, Keonjhar, Sundargarh, Sambalpur, Jharsuguda, Mayurbhanj etc) in the State  have been still waiting for the monsoon to arrive. The monsoon to cover the whole State in next 48 hours, says an IMD analysis.