Low Pressure Area Near Odisha Coast On July 21: Will There Be Another Cyclone?

The sea conditions reveal that while the SST will hover over 30 deg C, the VWS will remain moderate in the range of 10-12.5 knots

Low Pressure in Bay of Bengal

With the Odisha monsoon rainfall in crucial July having slipped to a deficient status, stormy days are coming soon for the State. The northwest Bay of Bengal, close to the Odisha coast, will seed a fresh low-pressure area on July 20-21. The sea surface temperature is now remaining above normal (by over 3degC). Will the low pressure then grow up to a cyclone?

As per the Regional Specialised Meteorological Centre-Tropical Cyclones' latest outlook, a Low-Pressure Area is likely to form over northwest Bay of Bengal and neighbourhood around July 21. The outlook is silent on the low-pressure system's future course of action.

Meanwhile, the long-range MME forecast made by the Indian Institute of Tropical Meteorology predicts cyclone genesis. Its forecast, however, has predicted a possibility of cyclone genesis during the period of June 21-25.

Is BoB Ready To Give Birth To A Cyclone?

For a cyclone to take birth, along with favourable vertical wind shear (VWS), it needs a sea surface temperature (SST) of over 29-30 deg C, presence of the remnants of previous disturbances in the Bay of Bengal (BoB).

A look at the sea condition reveals that in the northwest region of BoB, the SST is likely to remain at over 31 deg C during the coming week. The SST now is hovering in the range of 30-31 deg C. Moreover, the vertical wind shear (VWS) during July 21-22 will hover between 10 to 12.5 knots - means the VWS is low to moderate. The VWS is around 40-50 knots (very high).

So are the conditions enough for the birth of another cyclone?

As per a study by M Rajeevan, incumbent Secretary MoES, data shows despite BoB SST remaining above normal temperature in July, low pressure systems were unable to grow up to become a cyclone. Because the VWS remains unfavourable.

Similarly, another IMD study since the year 1855 shows that the Bay of Bengal has brewed cyclones in the month of May, June, September, October and November. The study clearly mentioned that in the BoB history, cyclones haven't been witnessed in July and August.

However, both the studies agree that during July and August, more and more low pressures do form in the Bay of Bengal.

Cyclone Genesis Or Not?

As per the model data of US-GFS and ECMWF (see the image), cyclone genesis will happen but it will not grow up to become another deadly cyclone like Yaas. 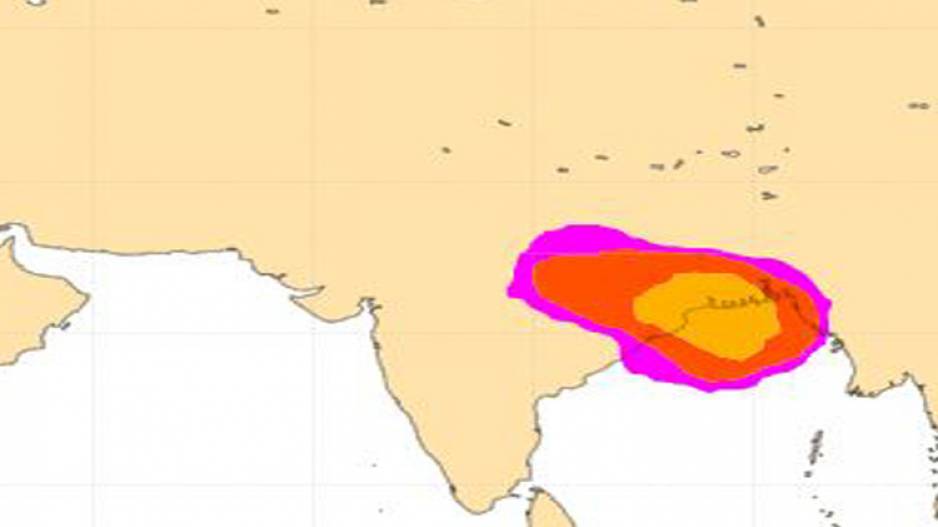 A detailed glance at the anatomy of the upcoming low pressure on July 21 suggests the system will become the second depression of Monsoon 2021. The wind speed of the system is predicted at 17-27 knots. Moreover, the pressure at the centre of the low is not going to see any drastic fall. It is predicted to remain at around 990Mb.

While the ECMWF forecast shows the depression crossing the Odisha coast near Balasore, the US-GFS track the path of depression to Jagatsinghpur. And the INCOIS prediction is between Kendrapad and Balasore.

However, all the models are unanimous that Odisha coastal region, including Puri, Bhubaneswar and Cuttack, will be recording very heavy rain in the range of 12-16 mm per hour on July 23. And the rest of the State will witness 4-5mm/hour rain on July 22 and 23. The wind in the coastal region of Jagatsinghpur to Balasore will hover between 31-50km/hr.