Get Ready For Winter Chill As IMD Predicts Drop In Temp

The Cyclonic Storm Gulab has weakened into a Deep Depression over north Andhra Pradesh and adjoining south Odisha at around 2.30 hrs IST today, the India Meteorological Department informed in its latest weather bulletin. The system is likely to wane into a Depression during the next few hours.

With the decrease in intensity of the cyclone, the wind speed of the system has also markedly lessened. As per the IMD statement, squally wind with speed reaching 50-60 kmph gusting to 70 kmph, very likely to prevail over Northwest and adjoining Westcentral Bay of Bengal during the first 6 hours after the waning of the system into Deep Depression. 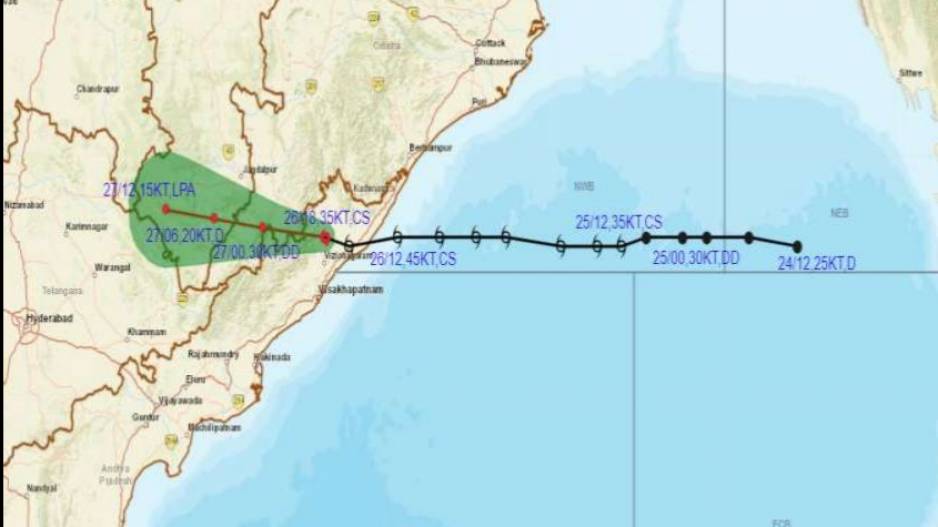 And as the storm weakens further into a Depression, wind speed will reduce to 40-50 gusting to 60 kmph over these areas in subsequent 12 hours.

Sea condition will be rough to very rough over Northwest and adjoining Westcentral Bay of Bengal and along and off Odisha, West Bengal and North Andhra Pradesh coasts during next 12 hours and improve gradually thereafter.

Cyclone Gulab Begins Landfall Over Odisha And AP, Process To Continue For Next 3 Hrs

Fishermen are advised not to venture into sea, along & off Odisha, coasts northwest & adjoining west central Bay of Bengal

Local Cautionary Signal No. 3 (LC-3) have been hoisted at all ports of Odisha.