Artika who hails from Varanasi is a doctor by profession but left her MD course midway to pursue her IAS dream.

Artika Shukla secured AIR 4th rank in the coveted UPSC exams in 2015 on her first attempt. Artika who hails from Varanasi is a doctor by profession but left her MD course midway to pursue her IAS dream.

Born on September 5, 1990, Artika was a bright student throughout her career. She completed her schooling from St. John's School in Varanasi.

As per a DNA report, her father Dr Brijesh Shukla was a renowned doctor and former secretary of the Indian Medical Association (IMA).

After completing her MBBS, she took admission in MD pediatrics course at the SGPGI, Chandigarh. However, she left her MD studies midway in 2014 to become an IAS officer as she was inspired by her elder brother Utkarsh Shukla who cleared the UPSC Civil Services exam in 2012.

Before quitting, she sought advice from her elder brother Utkarsh Shukla, an officer of Indian Railway Traffic Services (IRTS), who fully supported and encouraged her.

Artika credits her brother for her success in Civil Services Examination as she relied on his inputs and notes for preparing for the exam. She never took any coaching classes during UPSC civil services preparation.

Artika then went to complete her training at Lal Bahadur Shastri National Academy of Administration (LBSNAA) where she met her future husband, Jasmeet Singh, the 3rd All India Rank holder in UPSC Civil Services Exam 2015.

The couple got married in 2017, which was attended by their friend and 2015 UPSC topper Tina Dabi.

Artika Shukla is currently posted as the Sub Divisional Magistrate of Ajmer. 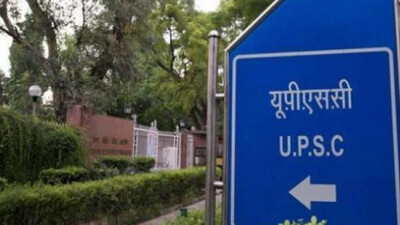