It started with a bang, tapered off in the middle and then ended with the kind of spectacular fireworks that make historic events grand. India was quite literally on a roller-coaster during the Tokyo Olympics.

Held amid the unrelenting COVID-19 pandemic, the 32nd Olympic Games began drawing to an end on Sunday with a closing ceremony that sought to give the message of moving forward.

The ceremony opened with a video that looked back on the 17 days of events and competition.

Fireworks went off at the stadium to mark the beginning of the final chapter in which the organisers "expressed gratitude for the countless individuals who lent us their strength and helped us make it to the Closing Ceremony."

This was followed by Japan's Crown Prince Akishino and the International Olympic Committee President Thomas Bach's appearance in the official stand. 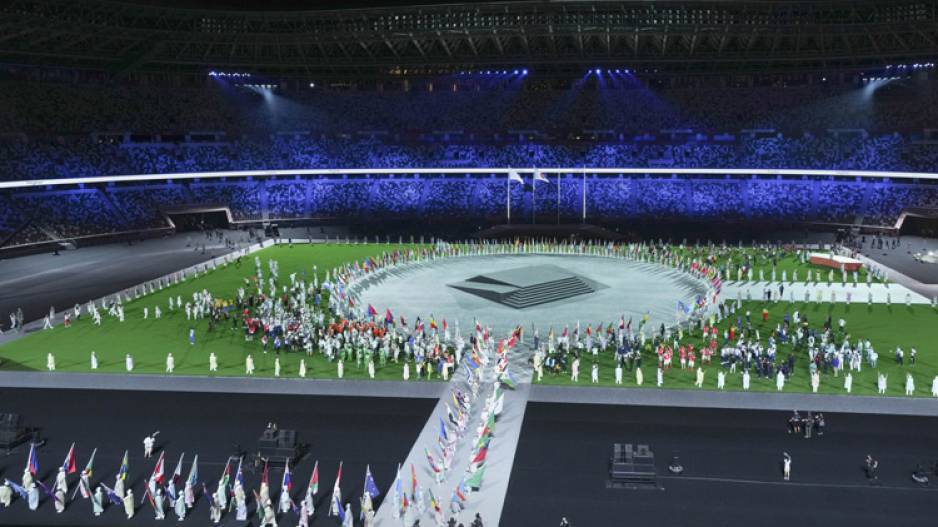 The focus of the opening video was not records and scores but the valiant efforts of all the athletes, who competed in a strictly enforced bio-bubble, undergoing daily COVID-19 tests.

The salient message of the ceremony was that the Games will open the door to a brighter future.

India Sign Off Tokyo Olympics With Promise Of Brighter Future

It started with a bang, tapered off in the middle and then ended with the kind of spectacular fireworks that make historic events grand. India was quite literally on a roller-coaster during the Tokyo Olympics. 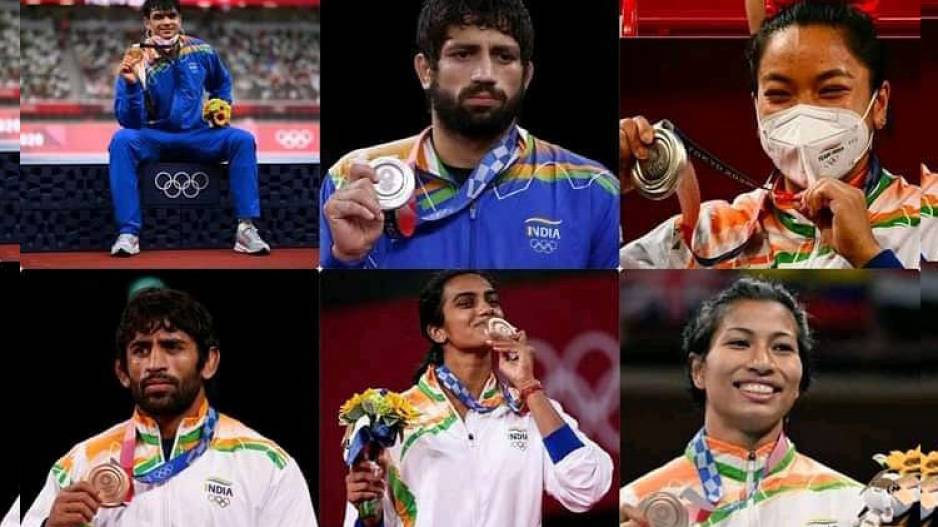 And it all happened at the Games which carried the tag of troubled long before the opening ceremony, thanks to the unrelenting COVID-19 pandemic. It all happened after one year of the shutdown that sent most training and competition schedules haywire.

Mighty impressive? No, it was way more than that.

India's campaign at the Olympic Games was as much a story of human resilience as of sporting excellence and it came to the fore on the opening day of competitions itself starting with Mirabai Chanu.

The Manipuri weightlifter stands a mere 4'11" but lifted 202kg (87+115) to fetch a silver and put India on the medals tally, showing the world why size doesn't and shouldn't matter. 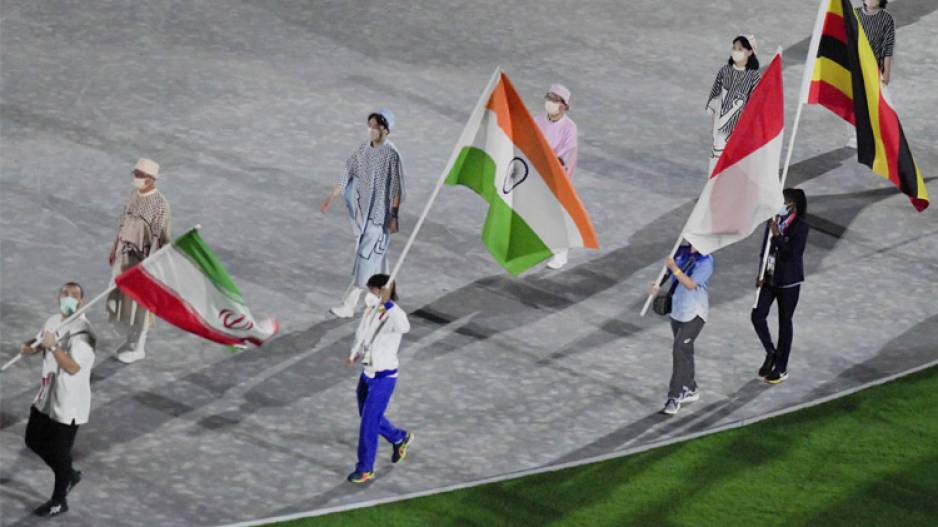 In her moment of glory, the phenomenal weightlifter was a personification of perseverance. She had left the same stage in tears and dejection five years ago, failing to log a single legal lift.

And there she was smiling ear to ear on July 24 becoming India's first silver-medallist in weightlifting.

It was just the kind of start that the country needed but what followed was a lull.

Some top contenders bowed out without making an impact, the biggest disappointment being the 15-strong shooting contingent.

A lot many questions about their preparations came up after only one, Saurabh Chaudhary, managed to make the finals and none could get on the podium. 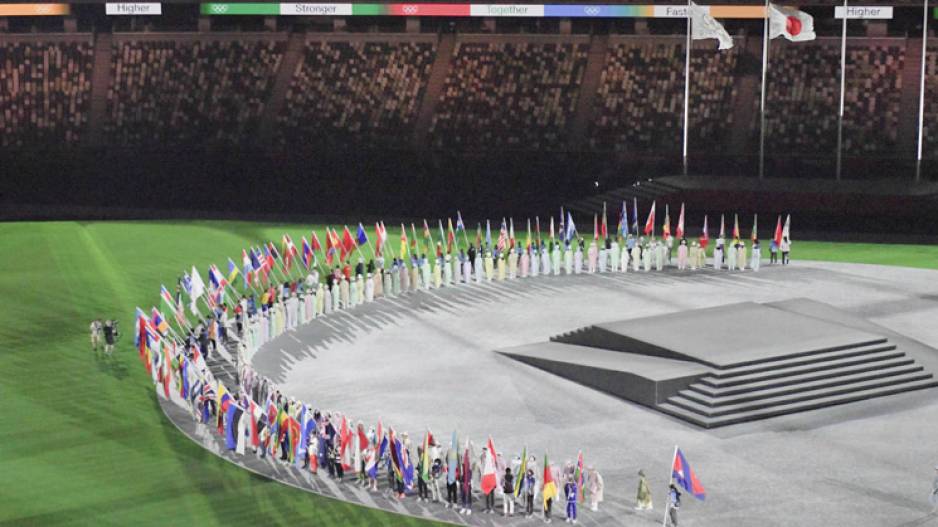 Nobody had a clear answer as to what went wrong even as stories of factionalism, ego battles and petty differences began to crop up from different corners.

It seemed that the Indian campaign had hit the disaster note early and would not be able to recover.

But, along came P V Sindhu and put things back on track with her bronze.

The seasoned Hyderabadi shuttler was looking to better the silver she won in the 2016 Games. She couldn't do that but managed to become the first Indian woman with two Olympic medals.

While she was at it, the two hockey teams also showed stomach for the fight after early setbacks.

And in the boxing ring, an heir apparent to the iconic M C Mary Kom began to take shape in Lovlina Borgohain (69kg).

The 23-year-old from Assam ended with a bronze on August 4 as women got down to the task of rebuilding momentum in the Indian camp. And it worked out quite spectacularly.

The very next day, Ravi Kumar Dahiya became only the second Indian wrestler to clinch silver at the Games but the first to do so on debut.

Hours before that came the long-awaited hockey medal, a bronze worth its weight and wait in gold.

Manpreet Singh and his inspired teammates scripted a comeback to remember against Germany in the play-off to sow the seeds of hockey's resurgence in the country for a generation that grew up hearing tales of greatness while watching a painful slump in the sport.

There were tears, joy, nostalgia and above all a sense of renewed pride because hockey was India's sport before it declined and cricket took over the mind space.

The stage seemed set for a grand finale and it was with Neeraj Chopra's javelin striking gold, India's first in 13 years overall and the first in athletics.

Bajrang Punia's resolve paid off for him with a bronze on the wrestling mat as the debutant grudgingly accepted the medal after falling out of the expected gold medal contention.

Then there were those who were hit by the curse of the fourth-place finish. Their agony was a story in itself as golfer Aditi Ashok and the women's hockey team ended within touching distance of the podium but not quite there.

So, India's performance at the Games was bigger than the unprecedented seven medals.

It reflected confidence, best personified by Chopra when he owned the Olympic stadium with his self-assured gait during the final in which the 90m man -- the great Johannes Vetter -- wilted.

In Tokyo, the Indians who did well were not surprising anyone, they were living up to the billing earned over the last three years.

The surprise was some of them falling short like the shooters and the archers.

And in that lay the country's story of progress in sports. India is not quite there yet but is certainly inching closer one step at a time. 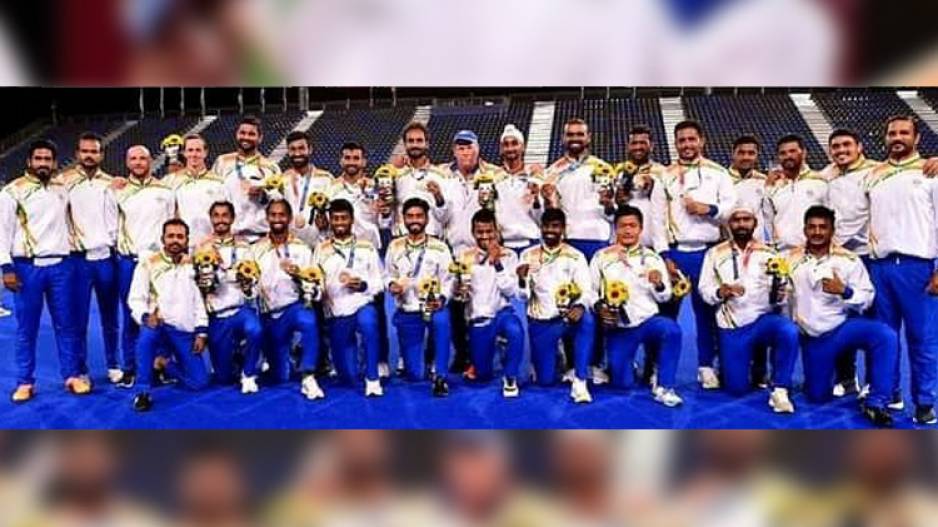