Once Soccer Stars, Now They Lead Life In Penury

“I did not concentrate on studies because I devoted all my time playing football from a very tender age. It is a different thing that the sport could not feed us, so I have to do this job. I was hopeful of getting a job under the sports quota so that I can run my family and also continue with my game. But I was wrong."

Once Soccer Stars, Now They Lead Life In Penury

Dolly Munda once brought laurels to the State by leading a team of top players as Captain of the Odisha Women’s Football team, played 9 national and 6 state-level football tournaments during 1998-2002.

After almost two decades, Dolly (36) is now reeling under abject poverty and rolling Bidis to survive. A resident of Odisha’s Sambalpur district, Dolly who was once a top defender in the Odisha Women’s Football team now finds it difficult to make ends meet.

Dolly started playing football in 1998 when she was barely 14. 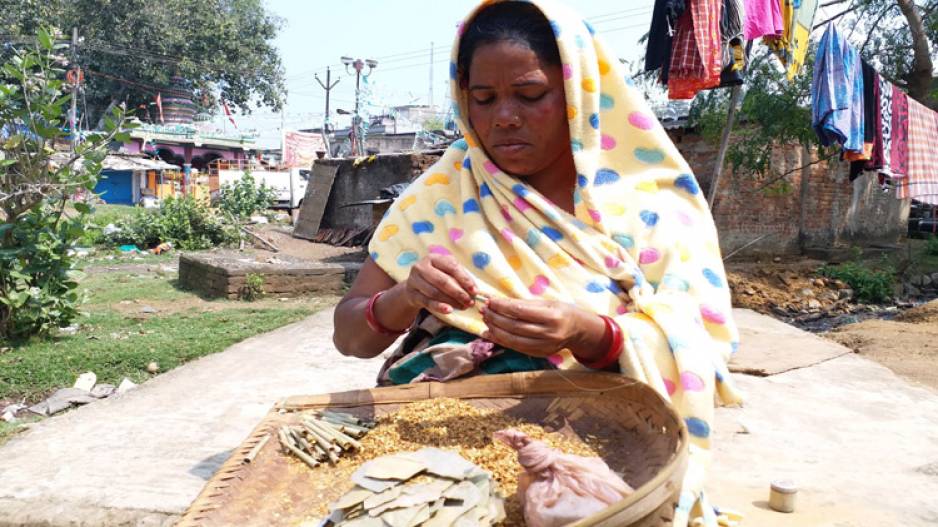 Her parents were wage laborer, and they were four siblings out of whom one sister had got married. Her brother is physically challenged and could not support the family. She lost her father to cancer in 2002 . After her father’s death, the family got shattered. Her mother who was contributing to the family’s earnings by rolling Bidis also passed away in 2012. After that, the responsibility of shouldering the family fell on Dolly and her other sister.

AFI Threatens To Take Action Against Under-Performers At Olympics

Tokyo Olympics: Deepika Kumari Finishes 9th In Ranking Round, To Take On Bhutanese Archer Next

“I have a passion for football. That’s why I chose to become a footballer and wanted to continue with the sport till I could play. But unfortunately, my passion does not provide me the means of living. My elder brother is disabled. Apart from our daily expenses for food and clothes, we have to bear his treatment expenses as well. So I had to roll Bidis to survive. I know this is a hazardous job, but I have no other option” Dolly lamented.

“For every thousand Bidis I roll, get Rs 100. It takes me two days, working for about seven to eight hours to roll 1000 Bidis. My sister also rolls Bidi. The monthly cumulative earnings of we two come around Rs 2400. Tell me how one can survive with this meagre income” asked Dolly.

Another player is Meena Munda, 43, of Sambalpur, who was a goalkeeper in the Odisha Women's Football team in 1998, has made many remarkable achievements that the State had never had. She participated in many national level competitions including Junior National and Senior National football tournaments from 1998 to 2007. However, the successful goalkeeper of the past now makes a living by washing dishes in others’ homes. 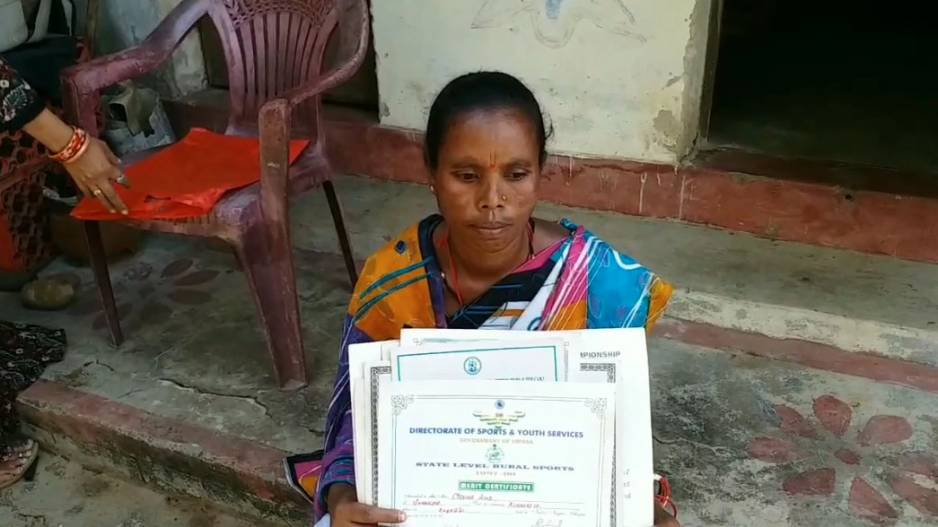 “I did not concentrate on studies because I devoted all my time playing football from a very tender age. It is a different thing that the sport could not feed us, so I have to do this job. I was hopeful of getting a job under the sports quota so that I can run my family and also continue with my game. But I was wrong. We have been running from pillar to post for a job but in vain. It seems nobody cares for old players,” Meena said with teary eyes. 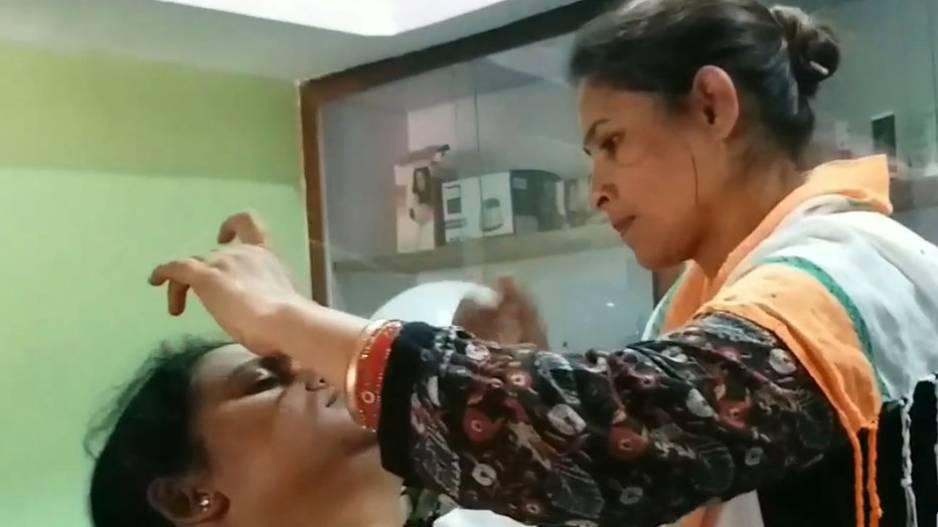 “I got married at a very young age. My husband abandoned me when my two children were very young. I had the responsibility to upkeep my family. So I took up odd jobs to feed my children. At the same time, I was continuing with my game with a hope that at least I would get some engagement under the sports quota so that our lives will be comfortable. But it did not happen. I had no option other than taking up a full time job. Since I I don’t have big academic qualification to try for any bigger job, I opted to work in a beauty parlor. The Government did not support us,” Dipti said.

Like Dolly, Meena and Dipti there are about 18 to 20 female Football players in the district who are struggling hard to make ends meet. 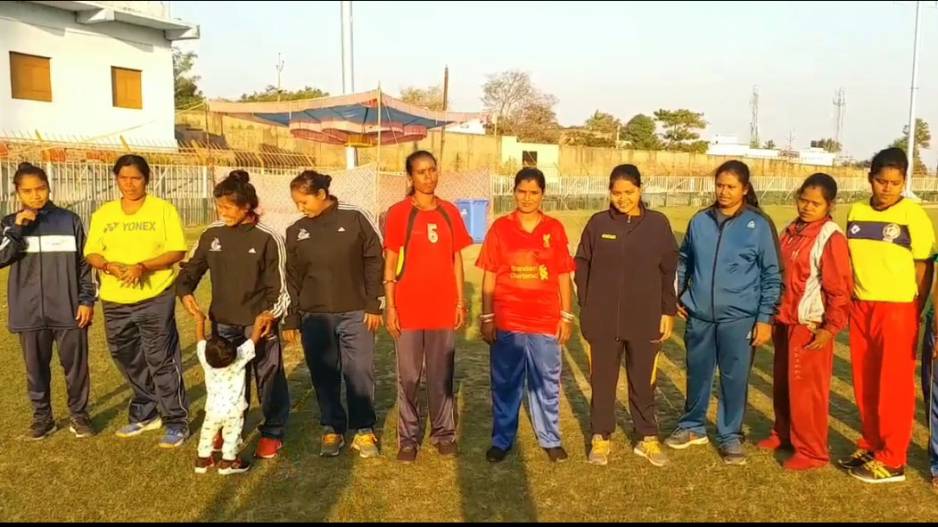 The irony is once those who made the State proud are now finding themselves at the receiving end of neglect by the State. They have neither been rehabilitated with proper employment or any government assistance. They are all alone in their struggle for survival.

These footballers have met with the district collector and the RDC on many occasions, narrated their problems many times. However, any help or assistance by the deaf administration has been few and far between. 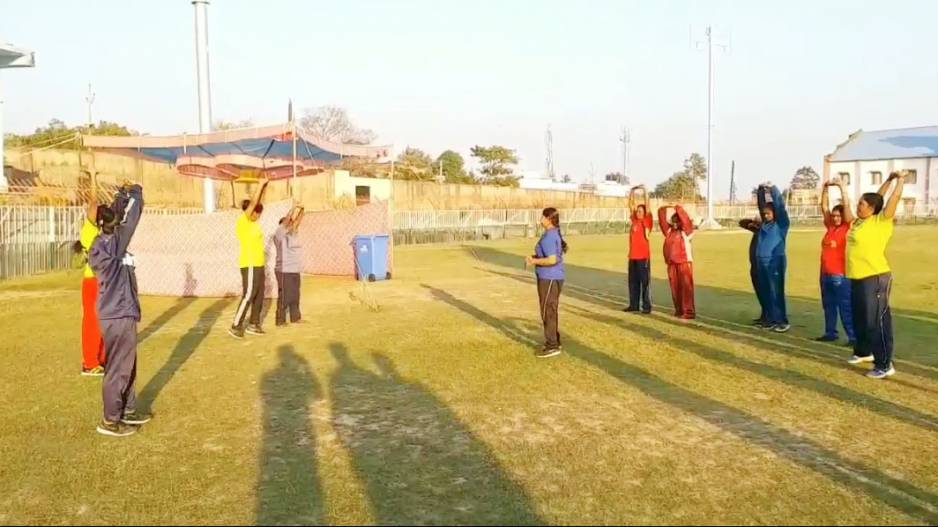 Football coach Balram Matari from Sambalpur, who had trained these players, is trying hard to support them. Matari a retire Government employee who is still imparting training to budding football players at Sambalpur says “I have met the Collector several times and requested him to support these players, but what we got in return was only promises. I am pained to see them struggling to survive,” he said.

“The players who come here for training are mostly tribal children having very poor economic background. Many of them could not even afford to buy shoes. After seeing the plight of players like Dolly, Meena and Dipti, many children are reluctant to spend time on football. They come here for their passion for the sport, but poverty and the sorry plight of the old players douses the fire in the budding players,” Said Matari.

“It is not possible for any Government to accommodate every State and national level football player. Because, every year the number of emerging players are more than the jobs available in different sectors. Unless one makes it to international level, the chances of getting a government or good job under sports quota become less. The permanent solution, I strongly feel, is that the government should support them by giving different kinds of skill development training.  It can also avail them with easy loans so that they can do something on their own to earn a living,” senior sports Journalist Sambit Mohapatra said.

The Sambalpur District Administration has written letter to the some of the industrial houses in the district requesting them to accommodate some of the players as per their requirement, but nothing has materialize as yet.

The State and Central Governments have a number of plans in place for the development of sports and players. There is also the provision of accommodating the players in different Government jobs under sports quota as per their eligibility. But it seems Government has closed its eyes on them.

For players like Dolly, Meena and Dipti Football was never a profession. It was rather a passion for them. That’s why even in the midst of life-long struggle, they have not given up their passion for the game. It seems like the ball and the field is still waiting for them today.

But the question here is: does the government have no duty towards these players who have brought glory to the State?