The Odisha Cricket Association has announced a 22-member squad for the upcoming Under-19 Vinoo Mankad Trophy scheduled to begin from September 28 at Mohali in Punjab.

Its Rajasthan Royals Vs Gujarat Titans in IPL 2022 final showdown

The Odisha Cricket Association has announced a 22-member men's cricket team for the upcoming Under-19 Vinoo Mankad Trophy scheduled to begin from September 28 at Mohali in Punjab.

The State cricket board's junior men's team selection panel and the U-19 Head Coach have finalised the list of 22 probables from a 27 member shortlist after looking at the performance of players during series of practice matches.

The U-19 team from the State which will be spearheaded by skipper Surya Mohapatra has an impressive blend of young and new faces.

OCA U-19 team Head Coach Rashmi Ranjan Parida has exuded confidence that the players will usher the next generation of cricketers who can take the level of the game to a new high.

"I have been closely looking after the team after my recent appointment as the coach of the U-19 team. I am confident that many of the lads are very talented but they need some time for proper grooming to prosper better in the forms of the game and only then can they shine at the top level. It will also help form a formidable team lineup in the senior level in the coming days, said Parida while addressing a press conference of the OCA on Sunday.

Parida further mentioned that the bowling strength of the U-19 team however is more matured so it will help the team a lot in defending scores. 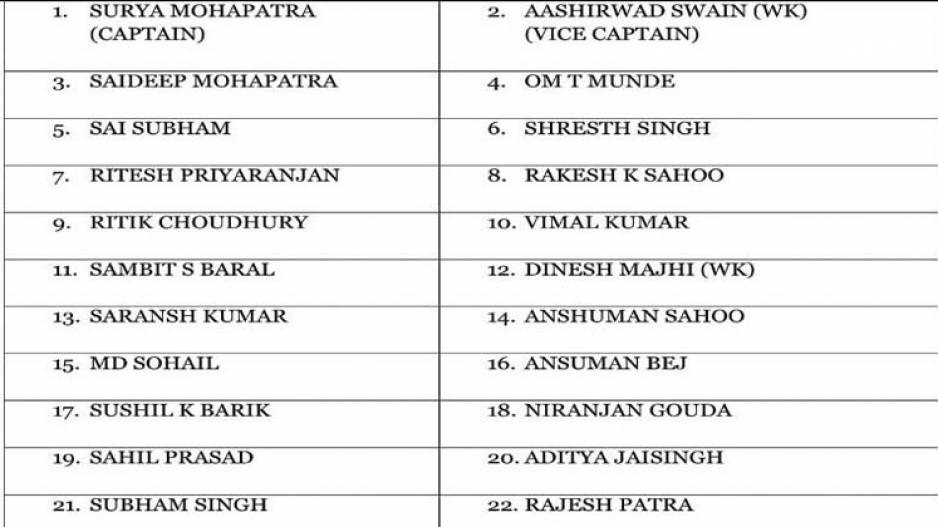 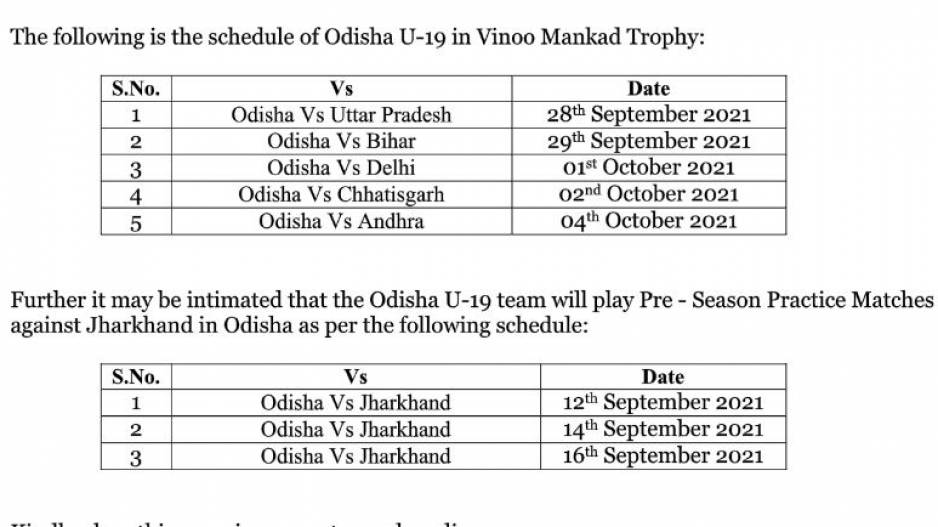 Under-19 Vinoo Mankad Trophy will be the second major domestic tournament recognized by the BCCI this year after the cancellation of various tournaments, including the Ranji Trophy, last time around due to the pandemic.

A total of 152 matches will be played in the national level limited-overs cricket domestic competition involving state teams from the Ranji Trophy for men's under-19 age group. 35 teams from across India will look to snatch the trophy from the last year's defending champions Vidarbha U19.