The auroras was spotted by the Emirates Mars Ultraviolet Spectrometer, or EMUS, which is designed to study the thin, vast halo of hydrogen and oxygen surrounding Mars, not on its magnetism, so the aurora images came as a bonus.

The United Arab Emirates' (UAE) Hope Mars Mission has snapped the most detailed pictures yet of the 'discrete nightside auroras' of the Red Planet, which scientists have struggled to study for decades.

The ultraviolet emissions arise when solar wind runs into magnetic fields that emanate from Mars's crust. Charged particles then collide with oxygen in the upper atmosphere, causing it to glow, Nature reported.

The mission, also called the Emirates Mars Mission (EMM), is the first uncrewed, interplanetary satellite by the UAE.

ByteDance Selling TikTok AI To Companies Including In India

It arrived at Mars in February and started its official science run on May 23.

The auroras was spotted by the Emirates Mars Ultraviolet Spectrometer, or EMUS, which is designed to study the thin, vast halo of hydrogen and oxygen surrounding Mars, not on its magnetism, so the aurora images came as a bonus.

"Seeing it has been just a gift," Hessa Al Matroushi, the EMM's science lead at the Mohammed Bin Rashid Space Centre in Dubai, was quoted as saying.

"They're not easy to catch, and so that's why seeing them basically right away with EMM was kind of exciting and unexpected," Justin Deighan, a planetary scientist at the University of Colorado's Laboratory for Atmospheric and Space Physics, told Space.com. 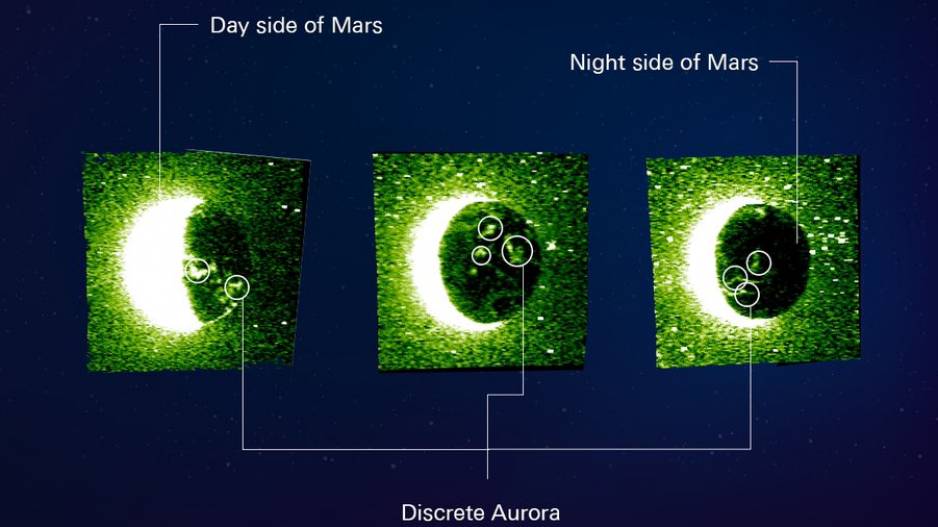 The European Space Agency's Mars Express spacecraft and NASA's MAVEN orbiter have both observed the discrete aurora, but they are not as detailed compared to Hope.

But the EMM took "spectacular images", Nick Schneider, a planetary scientist at the University of Colorado Boulder, who is part of the MAVEN team, was quoted as saying to Nature.

"From my work on the topic, I immediately recognised the way the aurorae draw an outline around the last vestiges of Mars' decaying magnetic field. These images really capture the fact that Mars has lost its global field, the suspected cause of the disappearance of its earlier thick atmosphere," Schneider said.