The Superintendent Of Police (SP), Puri, KB Singh said that a three-tier security cover has been arranged at the strong room.

A day after the voting for the long-overdue bypoll to Pipili assembly constituency in Puri district finally concluded on Thursday, the administration has begun preparations for the smooth and error-free counting of votes, informed Puri Collector Samarth Verma Friday.

As per reports, the counting of votes will begin at 8 am on October 3 (Sunday). As many as 14 tables will be in place for the counting. Postal ballots will be counted in the first 30 minutes while the counting session for the Electronic Voting Machines (EVMs) will begin from 8.30 am. 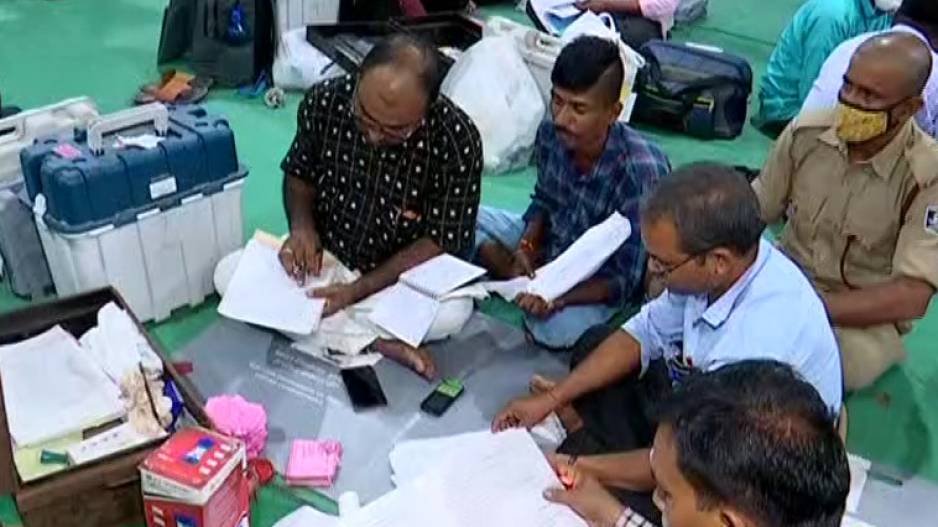 The EVMs have been moved from the polling booths and kept in the strong room of a warehouse at Puri's Penthakata under tight security.

"Used, unused and defective EVMs have been stored in a strong room. We have made extensive security arrangements at the strong room by engaging multi-layer police cordons and para-military protection," informed Verma.

"Following the direction of the Election Commission of India (ECI), we have made counting arrangements in two halls and each hall will have 7 tables. We have a separate hall for storing postal ballots and EVMs. Counting agents from different political parties will also remain present at the tables so that they can acknowledge any issue in counting or EVMs. If any anomaly is found by the agents while counting, they can flag it to the RO, DO or general observer," added Verma.

Meanwhile, the Superintendent Of Police (SP), Puri, KB Singh said that a three-tier security cover has been arranged at the strong room.

"We will beef up security around the counting hall as well as the periphery of the strong room after the vote-counting process begins,” he said.

Side by side, the police have laid out elaborated arrangements for Pipili constituency on the vote-counting day by engaging patrolling units in the area. “This will be rolled out a day before the counting day," added Singh.

On the other hand, a voter turnout of 78 per cent was recorded in Pipili on Thursday by the end of the day.

"In comparison to 2014 and 2019, an increase in voting percentage has been recorded this year, which is a sign for change," said BJP General Secretary Prithviraj Harichandan.

Moreover, the saffron party leader strongly claimed that the BJP will emerge victorious in the bypoll.

"From more than 35 years, the residents of Pipili were reeling under fear and anxiety, but this time, the voters have changed their mind. This was clearly evident at the polling booths while they were casting their votes," added Harichandan.