The woeful tale of this voter from Siriapur village under Jasuapur panchayat clearly relates how easily political leaders forget their promises to voters after the elections.

A day after the announcement of Pipili bypoll dates, the political heat in the Assembly constituency is heating up with the campaigning preparations of the major players in the poll exercise.

The ruling Biju Janta Dal (BJD) and Bharatiya Janata Party (BJP) have already initiated steps of campaigning for the by-election by organising several programmes. However, the Congress still remains behind in the race.

However, the ECI's norm of restricting the campaigning to 8 days has played spoilsport in the parties' ambitions for a full-blown game. Despite the restrictions, the contesting parties have prepared a blueprint to reach every house in all villages under the poll-bound constituency.

"BJD was well prepared for the by-elections during the first innings. Residents of Pipili constituency have already decided to see Rudra Pratap Maharathy as their MLA. Rudra will have a landslide victory in the by-elections," said Samir Ranjan Das, Mass Education Minister.

However, Congress candidate Bishwokeshan Harichandan Mohapatra said, "Party's earlier candidate had already prepared a blueprint and campaigned in the previous phase and we will follow the same track to reach every house in the constituency. We will follow the ECI guidelines for campaigning and achieve the goal."

Following the ECI notifications, with restricted numbers of star campaigners and no road and bike shows, the political parties are accordingly taking strong steps to prepare the best strategy to woo the voters.

Meanwhile, resentment is once again brewing among the voter community who allege that they have been duped with false promises of the political parties.

The woeful tale of this voter from Siriapur village under Jasuapur panchayat clearly relates how easily political leaders forget their promises to voters after the elections.

During the election campaigns in April, the nominated candidates of political parties had pasted a poster on the dilapidating house of one Kunti Bhoi residing in the village. 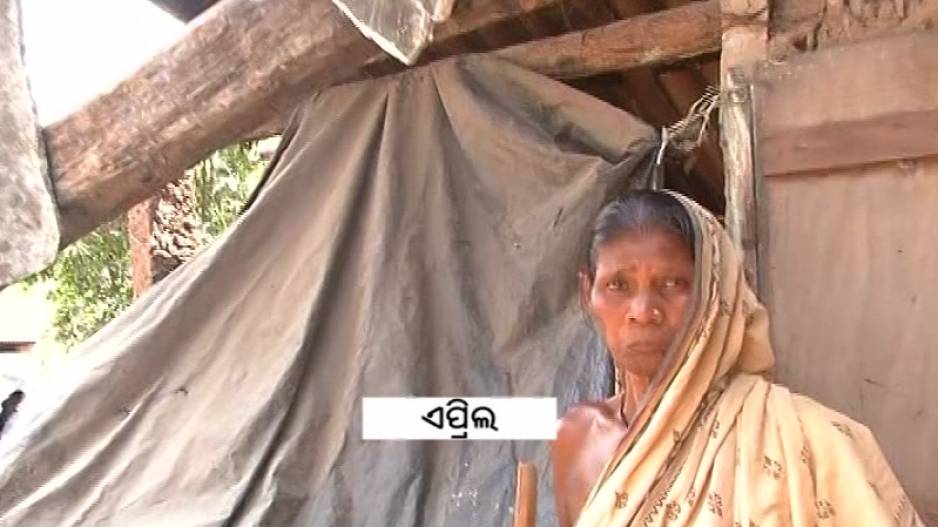 Kunti Bhoi In Front Of Her House

During the campaign trail, the candidates had promised to provide her a house within 15 days. However, following the postponement of the by-election, none of the contesting candidates even bothered to visit her in these four months.

"The candidates assured me of allocating a house under welfare scheme and urged me to vote them. But, after the rescheduling of by-elections, none of the candidates have come to me in these four months. I am still residing in the damaged hut with thatched broken walls by hanging plastic sheet," said a dejected Kunti. 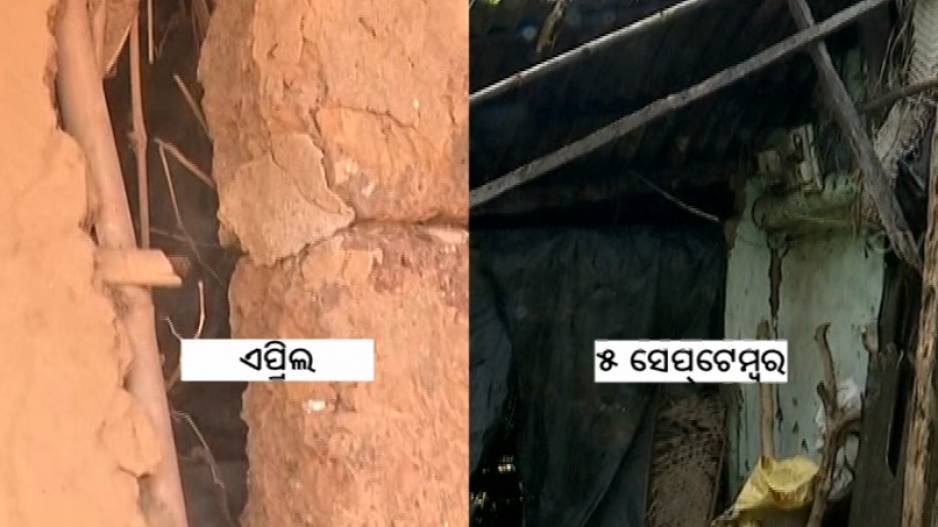 She is not the only one who has fallen prey to the false promises of the candidates. In fact, there are several other residents who are also disheartened and annoyed over such attitude of the political leaders.

"This time when they come to us begging for votes, we will demand answers for the promises they have fulfilled. Where is the cyclone Fani assistance for people whose houses have been damaged, said an annoyed resident.

As per the Election Commission of India's announcement, the counting of votes in the Assembly segment will be held on October 3, 2021. The Commission has also directed the concerned authorities to complete the election process by October 5, 2021.