Odisha Govt Bending Over Backwards To Please Teachers Ahead Of Panchayat Polls: Opposition

It has become a trend for the BJD government to lure voters with promises of freebies ahead of elections, alleged Odisha BJP

Odisha Govt Bending Over Backwards To Please Teachers Ahead Of Panchayat Polls: Opposition

After announcing a slew of freebies to woo voters, the Odisha government is now taking all possible measures to please teachers in the State ahead of the Panchayat polls, alleged Opposition parties on Tuesday.

The BJP alleged that the ruling BJD is on a missionary zeal to appease all sections of the society, especially teachers, who play a crucial role in the rural polls, ahead of the Panchayat elections.

“It has become a trend for the BJD government to lure voters with promises of freebies ahead of elections. Eyeing polls, they (BJD) have once again made a series of such announcements. However, a permanent solution to the issues faced by teachers in the State is yet to be found,” said BJP state general secretary, Golak Mohapatra.

Odisha Congress spokesperson Nishikant Mishra said the BJD is aware that its grip in the rural belt is on the wane. This left the ruling party with no alternative but announce sops for teachers.

Dr Reddy's Molflu for Covid treatment at Rs 35 per capsule

“Teachers play a dominant role in Panchayat polls. And, keeping that mind, the recent announcements have been made. We can say those announcements are backed by political motives,” said Mishra.

However, the ruling BJD claimed that the announcements are part of the Odisha government’s initiative aimed at a robust education system in the State.

State School and Mass Education Minister, Samir Dash said, “The appointment of teachers is being termed as lollipop. Let them (Opposition) speak whatever they want. As people have reposed their faith in Chief Minister Naveen Patnaik, our government will continue to work for them dedicatedly.” 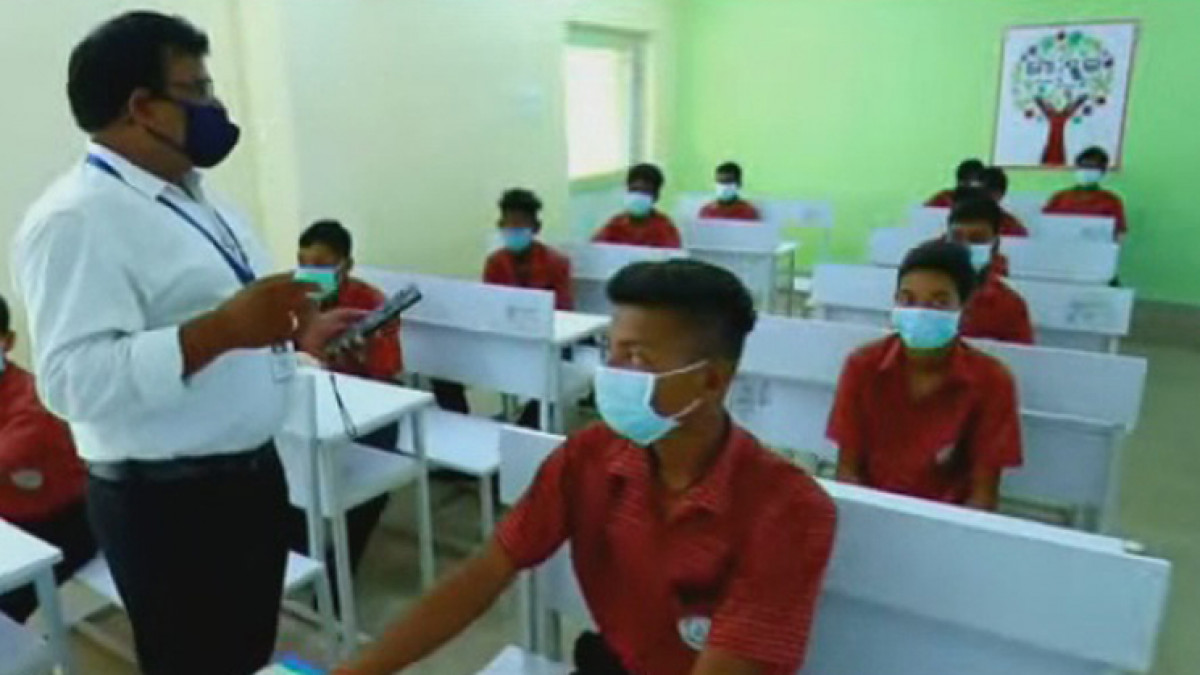 1. On December 16, the State government appointed 6,131 teachers in various schools across the State. Chief Minister Naveen Patnaik distributed appointment letters to the newly-recruited teachers at an orientation programme held at the Kalinga Stadium in Bhubaneswar.

2. Thereafter, the government announced that it has set a target to give appointment to 11,403 teachers in government-run high schools across the State while stating that the recruitment process has already begun and it will be completed by April 2022.

3. On New Year's eve, the ruling BJD approved 7th Pay Commission scale for the teaching, non-Teaching staff of several schools and colleges in the State.

4. A day later, on New Year, Minister Sameer Dash said that the jobs of 8,102 contractual junior teachers have been regularised by the State government.

5. Yesterday (January 3), the Odisha government said that it has decided to hike the salary of junior teachers, including the contractual ones, engaged in the imparting education in various primary schools by nearly 50 percent. And, the salary revision will come to effect from January 1, 2022.

Meanwhile, the State Election Commission has called an all-party meeting on January 10, and subsequently, the commission will hold a meeting with District Collectors, SPs and other senior officials to discuss about the upcoming polls.