Several aspiring Samiti Members, who aspire for Block Chairperson posts in different districts of Odisha, filed their nominations on Saturday. While many candidates arrived for the election with a grand show, several incidents of violence were also reported from different districts.

BJP to host workshop to chalk out 2024 roadmap

The Biju Janata Dal (BJD) has claimed to have acquired 90% of the Block chairman posts in Odisha, the elections to which were held on Saturday. While the Bharatiya Janata Party (BJP) has alleged that the ruling party has implemented specific strategy to woo and grab the chief post of the block councils, the Congress has claimed of bagging 30-40% of the total Blocks.

As per reports, several Samiti Members, who were on exile after the result declaration of Panchayat polls, showed up today during Block Chairman elections. While Block Chairman posts were decided without any contest at several places, elections were held in other blocks.

Reacting to BJD's show in the polls, Amar Pattnaik, BJD MP said, "Even in the Samiti Member level, several candidates are showing high interest to join BJD. Considering this factor and the existing status, around 90-92% Block Chairman posts are now in the BJD camp."

Meanwhile, BJP Spokesperson Dilip Mallick said, "The ruling party has implemented several strategies to grab the posts. But, such an achievement is worthless. This will further create clashes between the Administrative officials and the winning candidates."

On the other hand, Congress leader Tara Bahinipati said, "Elections to the Block Chairman posts is all about horse-trading. The winning rate depends on the investments. I am confident that Congress will get 30-40% Chairman posts."

Grand Show & Violence: Elections To Block Chairperson Posts In Odisha Sees It All, What's Next

Several aspiring Samiti Members, who aspire for Block Chairperson posts in different districts of Odisha, filed their nominations on Saturday. While many candidates arrived for the election with a grand show, several incidents of violence were also reported from different districts.

In the meantime, the elections to Panchayat Samiti Chairman post was also held today amid reports of sporadic incidents of violence.
A group clash between supporters of two candidates of the same party was reported from Begunia in which a local BJD leader Pradeep Sahoo alleged that supporters of an MLA of his party damaged his vehicle during the clash. 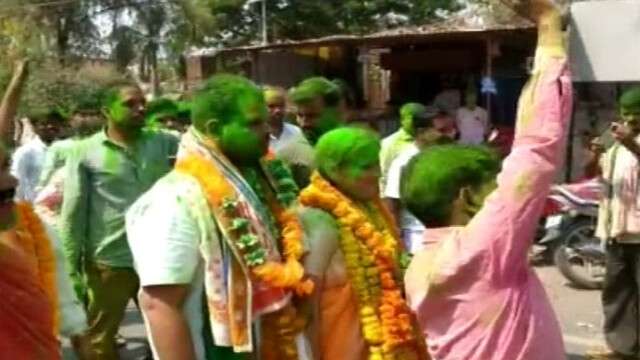 Grand Show & Violence: Elections To Block Chairperson Posts In Odisha Sees It All, Whats Next

A similar incident was reported from Koraput in which groups clashed over the post of Laxmipur Block Chairperson.

In Koraput's Lamtaput Block, several workers of BJD and Congress engaged in a brawl during elections to Panchayat Samiti Chairperson post.

On the other hand, several candidates from across the State including in 10 Blocks under Bargarh district were elected as Chairperson without any contest.

As per the standard rules, elections for the Block Chairperson are not done under any political party logo. The elected Samiti Members vote among them to select the Chairperson. Under such circumstances, intervention of local MLAs and local party leaders is quite obvious. Even several Samiti Members are forced to go on exile after the results for Panchayat polls. Moreover, allegations of horse-trading also frequent during the election.

Amid such uproar, the battle between BJD, BJP and Congress to take control of the three-tier Panchayati Raj bodies seem to intensify the tussle in upcoming days as the State braces up for elections to the Zilla Parishad Chairperson posts on Sunday. Grand Show & Violence: Elections To Block Chairperson Posts In Odisha Sees It All, What's Next