While excitement was witnessed among people while exercising their franchise, at some places, it proved to be quite a tough job for voters to cast vote

The fourth phase voting for the three-tier Panchayat polls in Odisha concluded today with several parts of the State witnessing disruption in voting due to violence and poll boycott.

Addressing a presser, the State Election Commissioner Aditya Prasad Padhi informed that 73 percent (preliminary) voter turnout was reported in the fourth phase polls. He said poll-related violence was reported from four to five places. And, re-polling will be done on February 25 at all the places where disruptions were reported on Tuesday.

While excitement was witnessed among people while exercising their franchise, at some places, it proved to be quite a tough job for voters to cast vote. Such an instance was reported in Malkangiri district.

Voters from Ramachandrapur, Gunthabeda and Daleiput villages, which are on the hill top, reached the polling booth at Tagarkota in Malkangiri district by covering 60 km and crossing two rivers, to cast their vote.

Due to the fear of Maoists, no polling booth was set up at the hill top, forcing the villagers to undertake journey for hours to exercise their democratic right and elect their representatives who can at least understand their problems.

"We embarked on the long journey by renting vehicles to reach Tagarkota and cast our vote. We don't have a polling booth at our area," said a local. 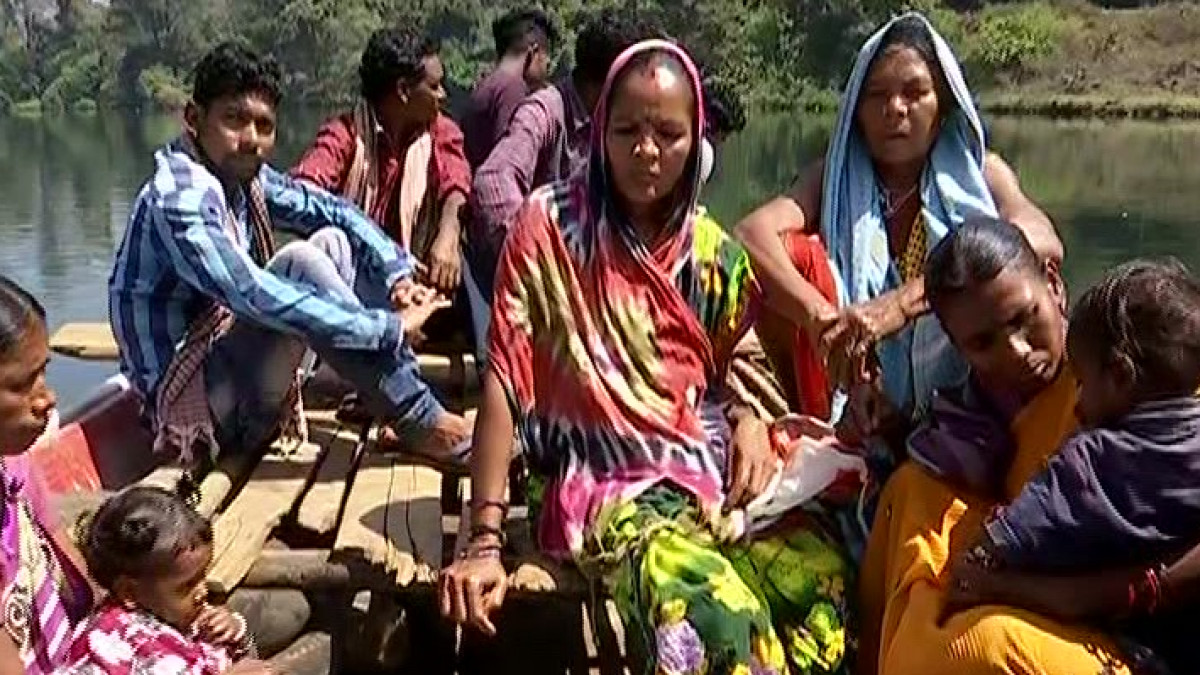 Voters Crossing River On Boat To Cast Their Votes In Malkangiri

However, the case is not similar across Odisha as people also boycotted the 4th phase Panchayat polls at several places due to lack of basic amenities including road, electricity and drinking water facilities.

Voters of Sahajpada under Bijepur in Kalahandi district boycotted the elections due to lack of road connectivity to in their region. In Samabalpur, locals of Lambar Ward also decided to stay away from the polls as their revenue village announcement demand has not been fulfilled.

Similarly, voters of Pakatamunda in Kamakhyanagar of Dhenkanal district and Maidalpur in Nabarangpur district resorted to poll boycott protesting lack of basic amenities.

On the other hand, repolling will conducted at 45 booths where election could not be held during the first two phases of the Panchayat polls on February 23. Repolling for 30 booths, where voting was affected in the third phase of the elections, will be held on February 25.

Addressing a press conference in Bhubaneswar, State Election Commission Secretary, Rabindra Sahu on Tuesday said repolling at all these areas will be held from 9 AM to 3 PM amid tight security to ensure that no instance of poll violence, booth rigging or booth capturing could affect polling at these places.

Apart from the heightened security measures for repolling, Sahu said that the ballot boxes will be kept at different places and not in the strong rooms which is usually done.