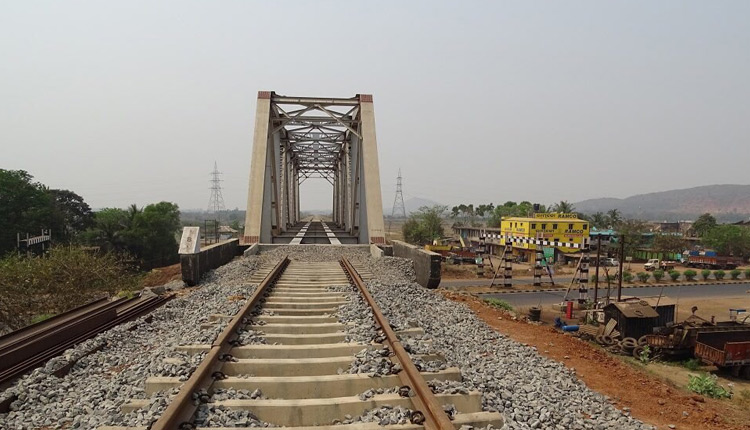 Kendrapara: Passenger train services will soon be introduced on the new Haridaspur-Paradip railway line. A discussion in this regard was held at Kendrapara District Collector’s office on Tuesday.

The decision assumes significance as a ‘rail roko’ protest was held recently during an experimental trial run of a goods train on the route demanding introduction of passenger train services.

As per the discussion in the meeting, initially goods train will run on the line and after the security and other arrangements are made, passenger trains will be introduced, official sources said.

“There were multiple rumours on running of passenger trains with goods train on Haridaspur-Paradip rail line. However in the meeting, all the speculations regarding it were clarified by the PPT Chairman Rinkesh Roy in the presence of Kendrapara MP Anubhav Mohanty, Mahakalpada MLA Atanu Sabyasachi Nayak and district Collector Samarth Verma,” stated Kendrapara MLA Sashibhusan Behera.

“In order to run the passenger trains smoothly, goods train will be introduced on the route first. Besides, the company will take the responsibility of arranging amenities for passenger trains like railway station and toilets etc. After everything is arranged, the Railways will come up with an official announcement and we are also hopeful that passenger train will run on the line soon,” added Behera.

“The people of Kendrapada district are emotionally attached to the project and the confusion regarding the running of passenger train on the route was cleared by the company in the meeting,” said Mahakalpada MLA.

The 82-km railway project from Haridaspur to Paradip covering Jajpur, Kendrapada and Jagatsinghpur districts was sanctioned in 1996. The then Union Railway Minister Nitish Kumar had laid the foundation stone of the project near Marshaghai in Kendrapara district on April 4, 1999 and promised to complete it by 2004. However, it could not be complete at the stipulated time for several reasons.

Last year in November, Odisha Government had directed officials concerned to complete the project within the extended deadline of March, 2020. However, train services are yet to flag off.

Google Launches ‘The Anywhere School’ With Over 50 New Features