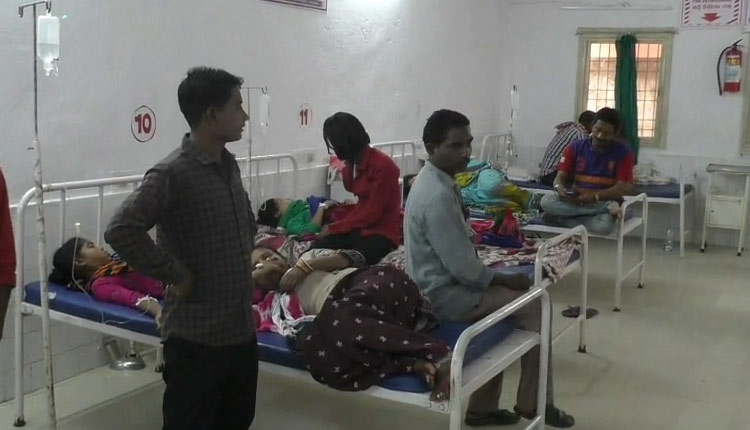 Kendrapada: More than 50 people of Nimpur village in Kendrapada district were taken ill on Sunday after consuming food served at a marriage feast.

The affected persons including women and children, were members of the wedding party. They had gone to the bridge’s house at Teradgarh under Pattamundai block where the marriage was solemnised yesterday.

After having food at the bride’s home, the participants started complaining of uneasiness and vomiting from today morning. They have been admitted to Pattamundai sub-divisional hospital.

“There were 70 members in the wedding party. We had chicken, fish, and sweets among other items at the feast. As soon as we reached home, we developed diarrhoea and our condition deteriorated. Had not we got admitted to Pattamundai hospital, we would have died,” said an affected person.

The doctor treating the patients at the hospital confirmed that they are suffering from food poisoning. He said the condition of the patients is stable while two of them have been shifted to SCB Medical College and Hospital in Cuttack after their condition deteriorated.

“The residents had gone to Teradgarh for a marriage feast. After returning from the feast, they complained of stomach ache and vomiting. They are recovering and their condition is stable now,” said doctor Nirakar Sethi of Pattamundai Sub-divisional Hospital.

Primary Education In Mother Tongue Can Boost Children’s Self- Esteem And Creativity: Vice-Prez