Adding to the mystery, a woman of the village has been claiming to have been possessed by Goddess and told that the oozing out of milk from the tree was nothing but a miracle of Goddess.

A woman offers prayers to a neem tree oozing milk-like liquid at at Khadikapali village near Balugaon in Khordha district.

Hundreds of people have been gathering to take a glimpse of a neem tree at Khadikapalli village near Balugaon in Khordha district, which has been reportedly oozing milk-like fluid since the last few days.

Believing it as a supernatural event, people from different villages have been paying obeisance by offering incense sticks, flowers, fruits, and currencies and transforming the spot into a place of worship.

Matilda Kullu, ASHA Worker From Odisha Among Forbes Most Powerful Women In India

Considering it a holy liquid, some villagers are even consuming the milk-like substance seeping from the neem tree and offering special prayers to fulfil their wishes. 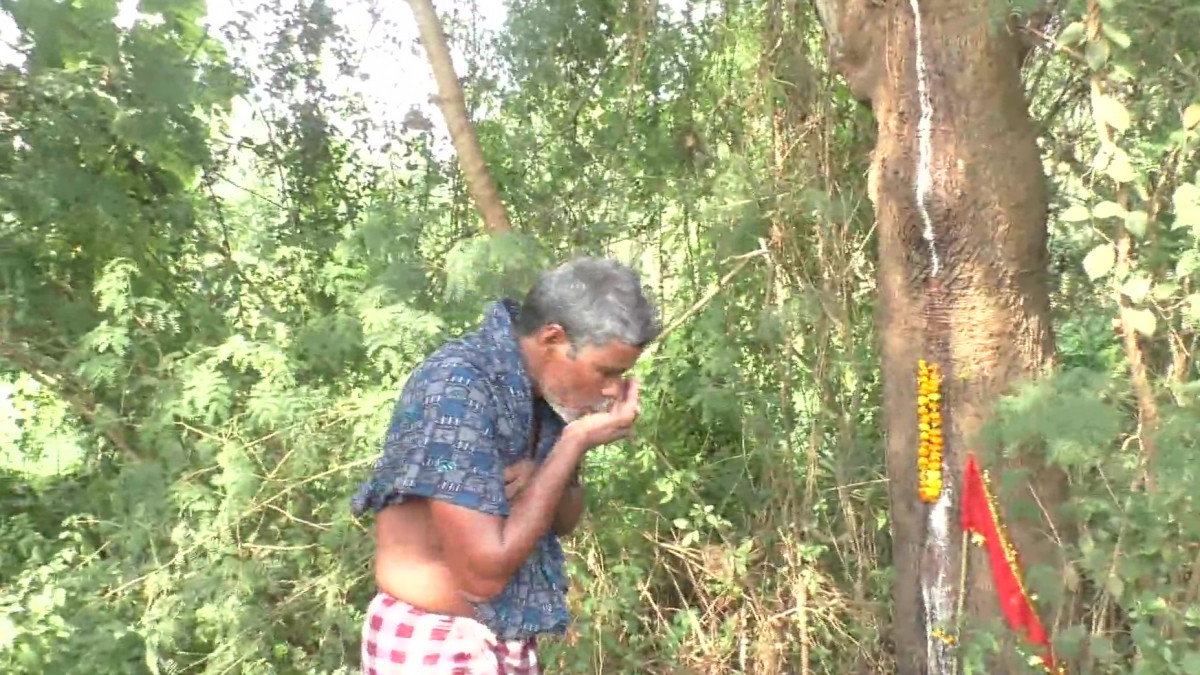 A devotee drinks milk-like substance oozing out of the neem tree.

Adding to the mystery, a woman of the village has been claiming to have been possessed by Goddess and told that the oozing out of milk from the tree was nothing but a miracle of Goddess.

“The tree has turned into ‘daru’ and resided by ‘Brahma, Vishnu and Maheswar’,” claimed the woman.

A local resident said, “People are stunned seeing milk seeping out of the tree. It must be divine power of the God and we are blessed that this is happening in our village.” 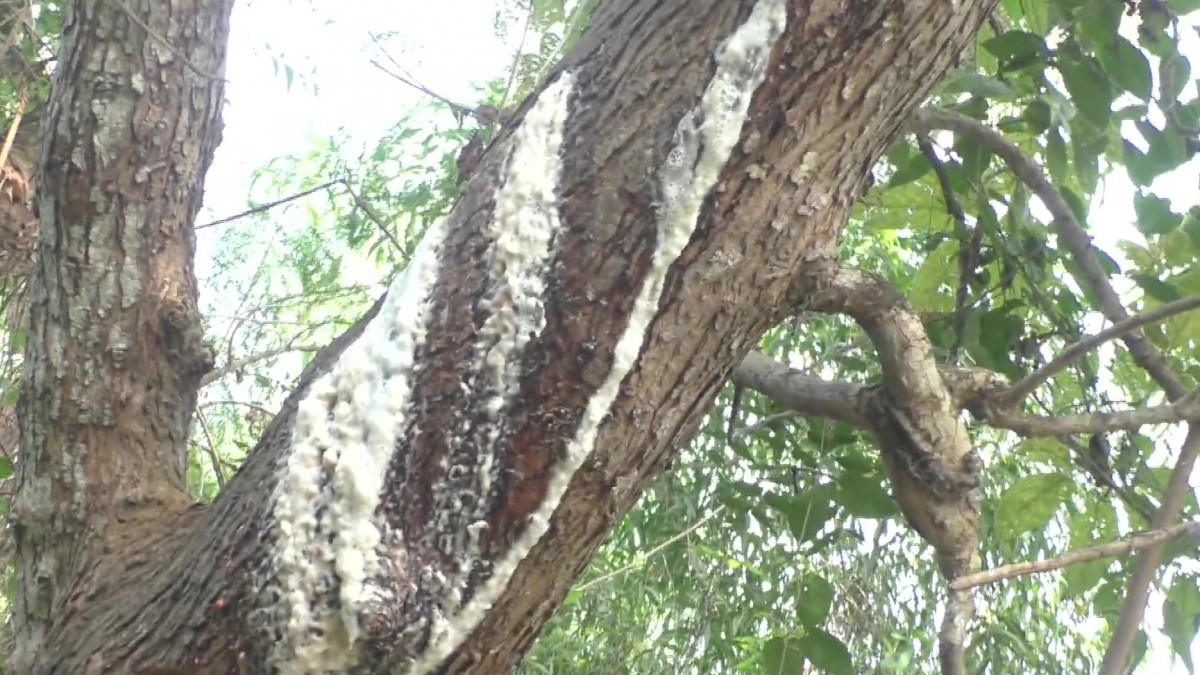 Milk-like liquid seeping out of the neem tree.

However, botanists and rationalists in the State have termed the phenomenon as a natural feature that happens because of bacterial infection.

“When a neem tree turns old or attends 50 years of age and more, its starts storing excess water in the tissues. Tumours are formed in the stem of the tree. When atmospheric humidity is high, the tissues of these tumours crack after some time, resulting in the discharge of liquid. This is due to bacterial infection, which is known as agrobacterium tumefaciens. This turns the liquid into white and tastes sweet. The phenomenon could be seen for 10 to 15 days,” said a botanist, Praveen Kumar Jena.

A rationalist, Debendra Sutar said, “There is no divinity here instead the oozing out of milk-like substance from the tree is a purely natural phenomenon. There must be some bacterial infection or the tree must be infested by pests or fungi. Besides, the woman claiming to have been possessed by God must be suffering from some mental disorder. The villagers must be made aware of the scientific phenomenon.”