Asha Kandara, who was working as a sanitary worker with the Jodhpur Municipal Corporation (North), has qualified the Rajasthan Administrative Service (RAS) examination held in 2018.

Asha Kandara, a mother of two children, who was working as a sanitary worker with the Jodhpur Municipal Corporation (North), has qualified the Rajasthan Administrative Service (RAS) examination held in 2018

In this temple, people worship Yogi Adityanath as reincarnation of Lord Ram

Etymology of ‘Zebra Crossing’: Did a zebra cross the road?

Why do most wives prefer to stay with cheater husbands?

Bangalore the new Japan: Now, you can hire a boyfriend on hourly basis

Know why medicine strips have a red line

Why is giving time to your partner so important in a relationship?

There is a saying that “dream comes true for those who dare to dream”.  Asha Kandara, from Jodhpur is such an example who dared to dream and ensured that her dream has to come true by her hard work and dedication. Asha Kandara, a mother of two children, who was working as a sanitary worker with the Jodhpur Municipal Corporation (North), has qualified the Rajasthan Administrative Service (RAS) examination held in 2018, the results of which were announced on July 13, 2021.Asha has cleared the test in one attempt and secured 728 rank in the state. She got married in 1997, but the marriage soon fell apart. She got separated from her husband 8 years ago. It was difficult to take care of two children all alone but she never gave up. Just after her separation she decided to complete her graduation. Despite lot of difficulties she did her graduation.

Dongrias Of Niyamgiri Quenching Their Hunger With Inedible Food!

“I have a dream to do something and give my children a decent life that drove me to face the challenge of life. So I took up a job of a sanitary worker in Jodhpur. I believe in the dignity of labour. No work is small or big for me. At that point of time whatever job is available I had to accept this to maintain my family. I feel if you have a big goal in life you should not bother about small things and you should focus on this. I did the same and appeared Rajasthan Administrative service (RAS)”, she explained. Though she appeared the exam in 2018 the results took long two years time to be announced. "I was quite confident that I will clear the exam," she said. 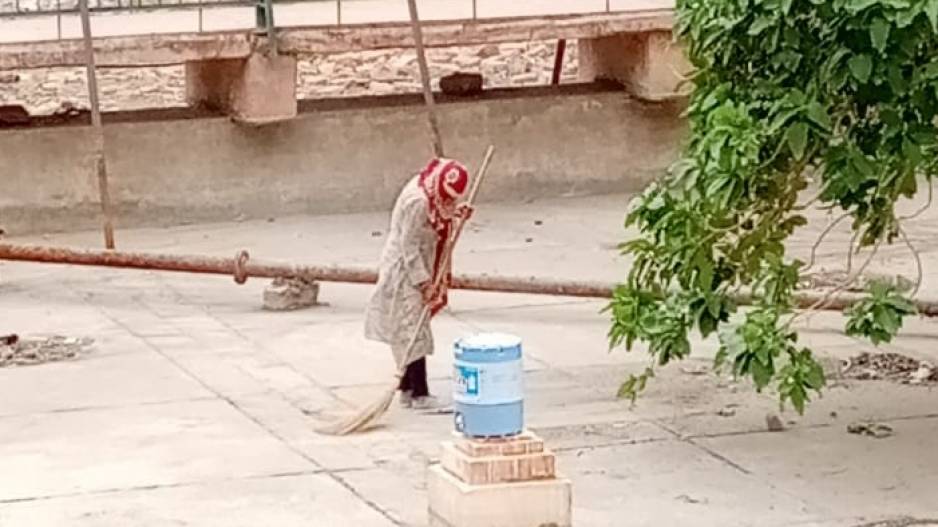 “I used to study after completing my work. I have to spent sleepless nights for my study, managing house, children, job and preparation for civil service is not an easy task but I have decided to focus on my dream.” she says.

When asked about what inspired her to compete for state civil service, she smiled and said "Actually the criticism and discrimination inspired me to appear for the exam. Very often people demean a person who is sweeping. When I was studying many taunted me, laughed at me saying that “Kya collector banegi, baap dada me koi bana hai kya Jo tu banegi, tumhara kaam jhadu marna yahi kaam tumhe sobha deta hai “(do you think that you will become a collector? Did your father or grandfather have become a collector?). Their taunts initially bothered me but later it makes my intention more firm and clear that I have to be a civil servant”. 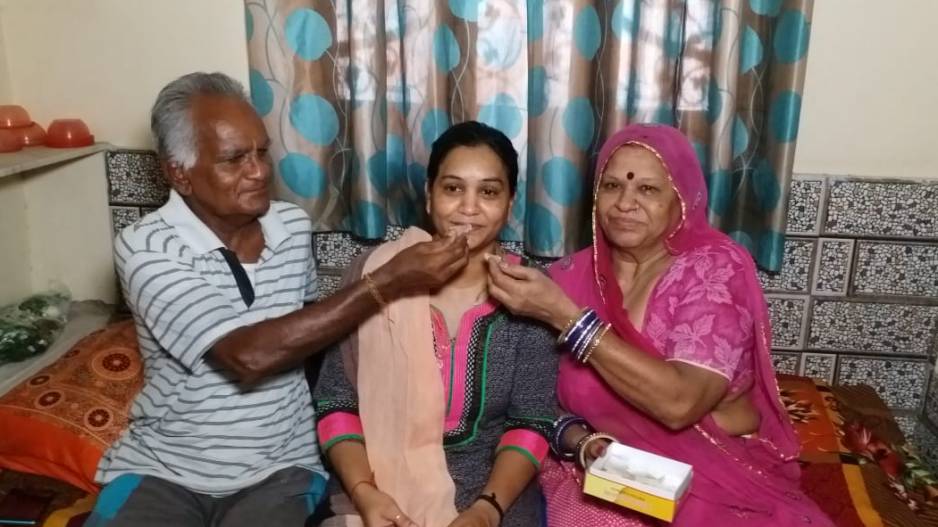 Asha Kandara with her parents

Everybody at Jodhpur is appreciating Asha Kandara, her story of success has become a talk of the town. "She has been a dedicated worker I have ever met. She has always been very focused on her work. We all are proud of her and I believe she will proved to be a very hardworking and sincere officer in future," said Jodhpur Mayor Kunti Dewda while appreciating Asha Kandara.
Asha's son is a graduate while her daughter has qualified for IIT JEE. She wanted her both children to be educated and do whatever they want to do.

“Every human being have their own dreams, my children may have as well. I just want them to be a good human being. They should be brave and focus to make their dream come true," Asha said.

“For every  women specially those who come from the lower strata of the society and for those who are abandon by their husband, I want to say don’t lose hope, never give up, dream for yourself, dream for your loved one and be focus to make them true. If I can make it possible than why cannot you? It just required your hard work, patience and dedication, you can will the world,” she encouraged all the women.

Asha Kandra is not only set an example for her community but a living inspiration for women in distress.