Meanwhile, the civic body has sent the oil sample for testing.

Mayor at the office of Urban Health Officer

A few days back, the Bhubaneswar Municipal Corporation (BMC) introduced drones to control the mosquito menace in the Capital City. However, the project seems to have failed to serve its purpose with allegations of low-standard oil being used for the cause pouring in.

Though mosquito larvicidal oil was sprayed on waterbodies and drains using drones, it failed to control the mosquito menace in Bhubaneswar owing to the alleged substandard quality of the oil, claimed locals.

Taking the allegations into cognizance, BMC Mayor Sulochana Das and the Sanitary Committee of the Corporation raided the mosquito oil godown of the Urban Health Officer.

Meanwhile, the civic body has sent the oil sample for testing.

On the other hand, Mayor Sulochana Das said such a situation might have occurred due to wrong oil composition.

It is pertinent to mention that BMC has employed sanitary workers to spray chemicals in every ward on a regular basis to keep the mosquito menace at bay.

The civic body has also increased manpower and infrastructure for fogging. It has been augmented from two units to nine units.

Despite spraying chemicals in the drains of each and every ward to keep mosquito breeding under control and increasing manpower for the cause, the result is reportedly not satisfactory.

With not many days left for the Hockey World Cup to commence, the city residents seem not happy with the measures taken for mosquito control.

Upon being asked about it, BMC Mayor said, “BMC held a discussion to ascertain the reason why mosquitoes are not getting killed even after spraying mosquito larvicidal oil. Where the fault lies? Is it due to wrong composition?”

“The government has spent a huge chunk of money for this purpose. As its result is not up to the mark, we had come for a discussion. We have also sent the sample for testing,” said the Mayor.

“Going by procurement rule, the government should send the sample to three nationally accredited laboratories before procurement. If two laboratories give thumbs up to the quality, then only it can be used,” said Dipak Bisoi, health officer. 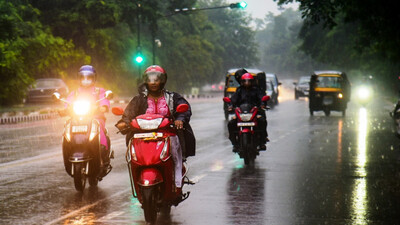