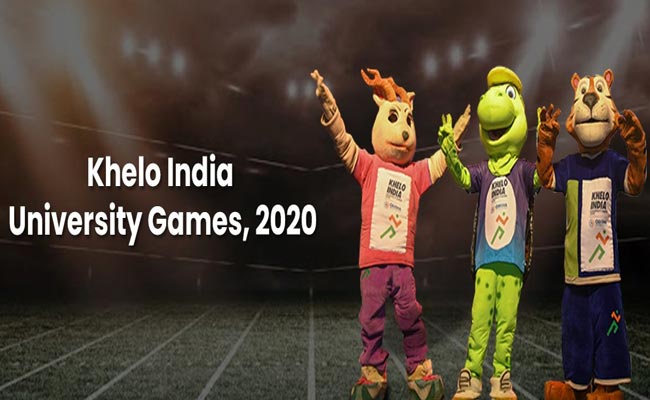 Bhubaneswar: Odisha is all set to host the first edition of Khelo India University Games (KIUG) beginning tomorrow .i.e. February 22. Preparations for the extravaganza have reached its final leg in both Cuttack and Bhubaneswar.

Chief Minister Naveen Patnaik will inaugurate the tournament at Jawaharlal Nehru Indoor Stadium in Cuttack tomorrow and ahead of its commencement, the trophy of KIUG was officially unveiled by the students from the University of Mysore and Laxmi Bai National Institute of Physical Education, Gwalior at the KIIT Campus in Bhubaneswar on Thursday.

Bollywood singers like Sona Mohapatra and artistes from Ollywood and several dance groups will come on stage to entertain audience at the inaugural ceremony.

“The aim of the event is to create international-level sporting structure in India so that any India player who goes abroad to play won’t face difficulty to cope up with the new structure. Universities produce world-class player, besides, a cordial relationship between sports and education is very necessary,” said SAI Director General Sandeep Pradhan.

This is the first edition of Khelo India and Odisha has got the chance to create history. Besides, this is the first such mega event for the State and so I am hopeful the event will be successful,” stated the Sports Secretary Vishal Dev.

The KIGU will conclude on March 1. Around 4,000 athletes from around 176 universities, apart from technical and supporting staff will participate in the University Games.

The University Games is funded by the Sports Ministry in association with Odisha government. The Indian Olympic Association (IOA) and National Sports Federations (NSF) are also supporting the event.