The Indo-Tibetan Border Police (ITBP) personnel, deployed at the India-China border, performed Yoga at the icy height of 18,000 feet at the snow-covered Himalayan peaks on the Indian-China border on Monday.

The Indo-Tibetan Border Police (ITBP) personnel, deployed at the India-China border, performed Yoga at the icy height of 18,000 feet at the snow-covered Himalayan peaks on the Indian-China border on Monday.

The ITBP personnel performed Yoga amid snowfall at Himalaya to mark the 7th International Yoga day. 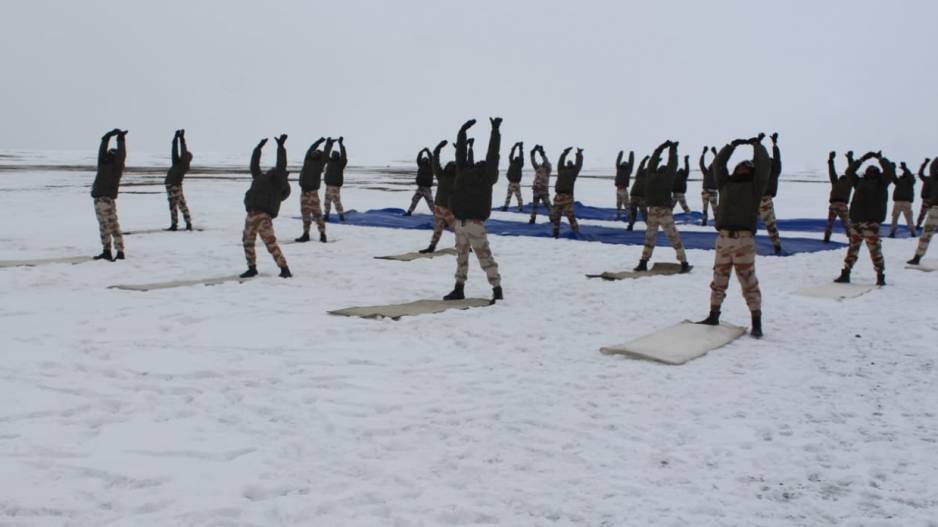 Similar to the previous years, the ITBP personnel performed Yoga on different high altitude border outposts in Ladakh ranging from 13,000 to 18,000 feet.

On the event, some ITBP personnel performed Yoga at 16,000 feet in Himachal Pradesh, 14,000 feet at the bank of Pangong Tso in Ladakh, at Animal Transport School in Arunachal Pradesh's Lohitpur with horses and near Galwan valley in Ladakh on the Line of Actual Control (LAC) where as many as 20 Indian Army personnel had laid down their lives in the clashes with Chinese Army on June 15 last year.

The specialised mountain force, ITBP, is deployed on border guarding duties from Karakoram Pass in Ladakh to Jachep La in Arunachal Pradesh covering 3,488 km of Indo-China Border and manning Border Outposts on altitudes ranging from 9,000 to 18,800 feet in the Western, Middle and Eastern sectors of the India-China border. 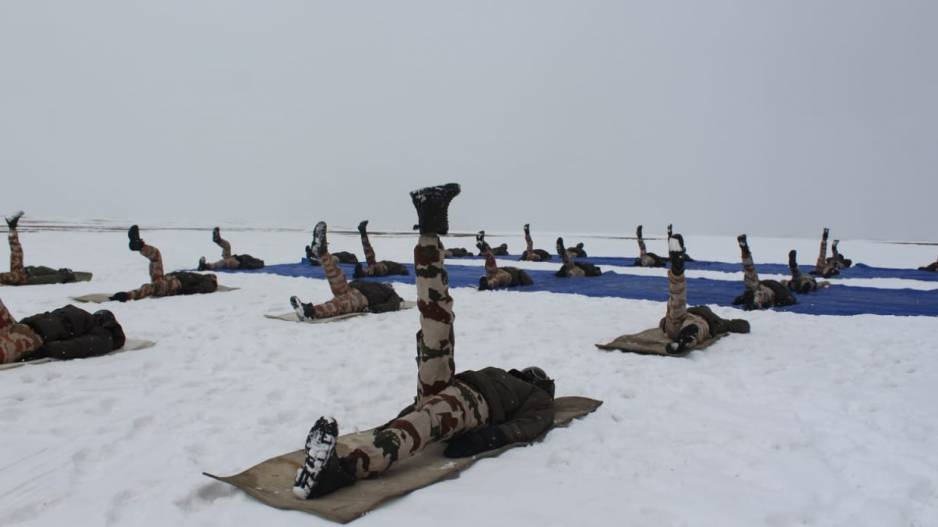 Performing Yoga shows the commitment of ITBP personnel because this area in Ladakh witnesses minus 30 degree Celsius during winter, which often leads to cracking gun barrels and other issues. The road to Galwan are also few, which means soilders have to survive in thin air while carrying all their equipment.

With such a high terrain, soldiers often need time to acclimatise to their environment or risk illness that can kill anyone in hours. 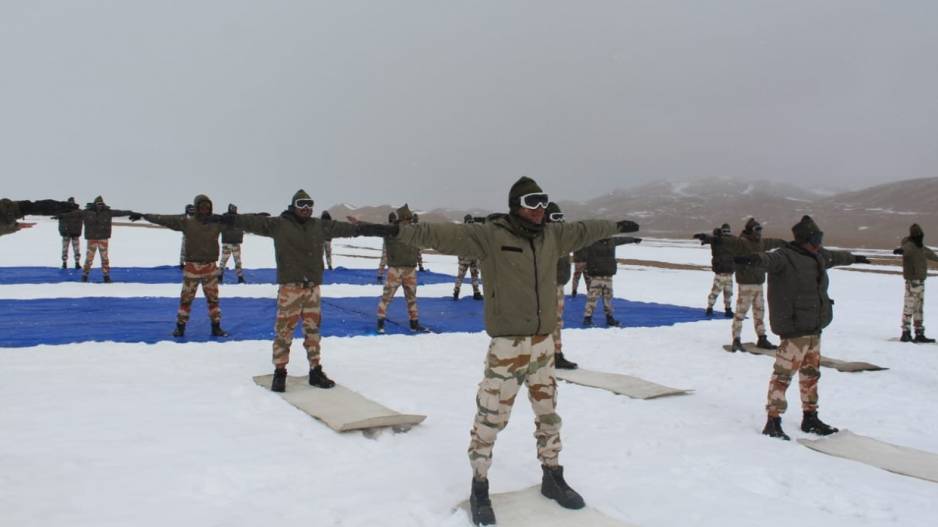