The laidback state of affairs in forest management in the State surfaced today when in Rajya Sabha Union Minister, Forests, Bhupendra Yadav said Odisha is yet to send last 5-years' loss assessment report to the Centre

A shocking revelation came to the fore when Odisha topped the country as the State with the highest count of forest fires in the year 2021. What has been numbing for environmentalists is, despite figuring among the top-5 states witnessing a large number of forest fires during the last 5-year period, the State has never assessed the loss to its flora and fauna.

Such a laidback state of affairs in forest management in Odisha surfaced today when answering a question by BJD MP Mamata Mohanta in Rajya Sabha, the Union Forest Minister, Bhupendra Yadav, said Odisha hasn't sent any loss assessment report to the Centre over the raging wildfires in the State since 2017. (The excerpt of the statement given below) 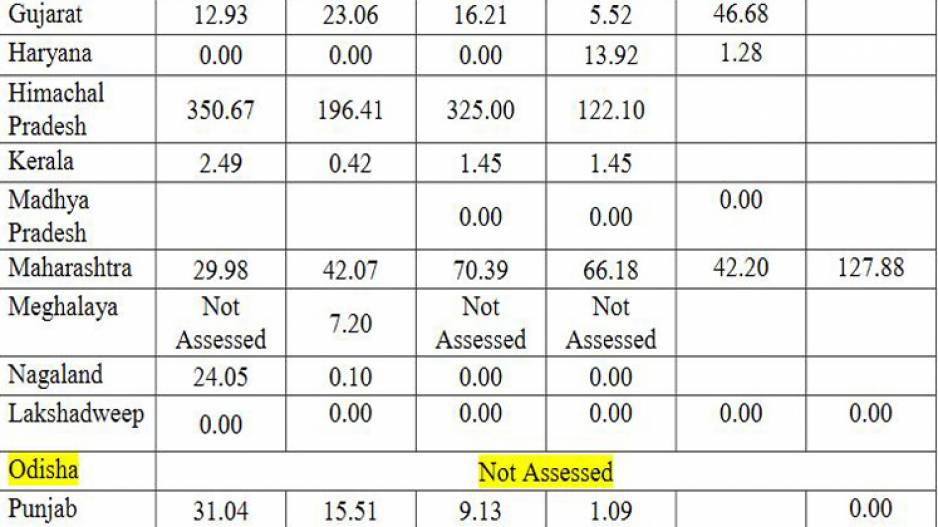 As per the data provided by the Union Minister Odisha figured among the top-5 states in the country that recorded highest count of forest fires.

The Forest Survey of India has sent 51,968 fire alerts (highest in country) to Odisha in the last fire season that ended on June 30, 2021.  the FSI has sent a high of over 3.45 lakh fire alerts across the country by using the Suomi-National Polar-orbiting Partnership (SNPP) spacecraft, the Visible Infrared Imaging Radiometer Suite (VIIRS), stated Yadav.

A rewind shows during the month of March-April this year, 'Simlipal is burning' trended on the global platform. The State had received a lot of flak then globally. 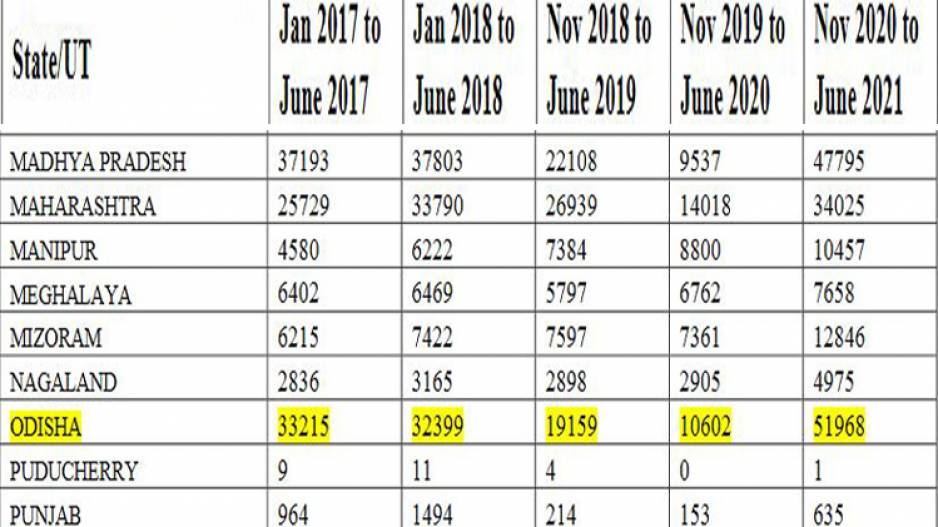 In the thick of 'fire' then, Odisha Chief Conservator Forests Shashi Paul downplayed the high level of opprobrium by terming the forest fires in the State as an annual feature. He had also reasoned that a large number of fire events witnessed in 2021 can be attributed to the early start of the fire season in the State from November, instead of January.

However, a look at the Union Government data reveals that since 2019, the fire season in Odisha has preponed to November from January in the previous years.

In 2019 and 2020, the State witnessed fewer fire incidents due to good pre-monsoon rain. However, a long dry season in (Forest Fire) year 2021 exposed the chinks in the State's forest fire management and planning.

There seems no dearth of funds in Odisha to effectively manage forest fires. Even the then PCCF had also said, "Odisha has the wherewithal - manpower and equipment - to deal with the forest fire exigencies."

Now, sample the Vox populi from the ground.

"Unlike earlier years, in the last two years, for whatever reason, the VSS here (Mayurbhanj) were in a disorganised state. Lack of community participation in forest fire management has been the big reason behind the burning of Simlipal this year," opined Aditya Patnaik, President of Antodaya Chetna Mandal (ACM), an NGO working in the arena for the last 25 years.

"This year there has been no comprehensive coordination between State Forest Department and VSS, and this has been the prime reason behind the spread of fire to larger areas in Simlipal," he reasoned.

"The rise in forest fires this year showed that the State forest department was not alert. Since the alerts were issued on the basis of satellite images, a readymade plan of action by the State Forest Department could have averted the spreading of the fire to new areas. The spread also revealed that the fire lines were not maintained properly," observed Biswajit Mohanty, environment and wildlife activist.