The hymn was replaced by the popular patriotic song 'Ae Mere Watan Ke Logon', which was written by Kavi Pradeep to commemorate the supreme sacrifice made by Indian soldiers during the 1962 Indo-China war.

Govt plans to repurpose CoWIN for its Universal Immunisation Programme

As a cold zephyr blew across the historic Vijay Chowk, multiple colours dotted the sky with around 1,000 drones taking flight, a projection mapping show with myriad hues depicted the country's 75 years of independence and foot-tapping tunes filled the air, marking another colourful Beating the Retreat ceremony on Saturday.

From the drones show to projection mapping show, this year's ceremony also presented quite a few firsts.

For the first time in more than 70 years, popular and favourite hymn of Mahatma Gandhi 'Abide With Me' did not echo at the Vijay Chowk, where dignitaries and people, wearing masks gathered amid pandemic clouds.

The hymn was replaced by the popular patriotic song 'Ae Mere Watan Ke Logon', which was written by Kavi Pradeep to commemorate the supreme sacrifice made by Indian soldiers during the 1962 Indo-China war. 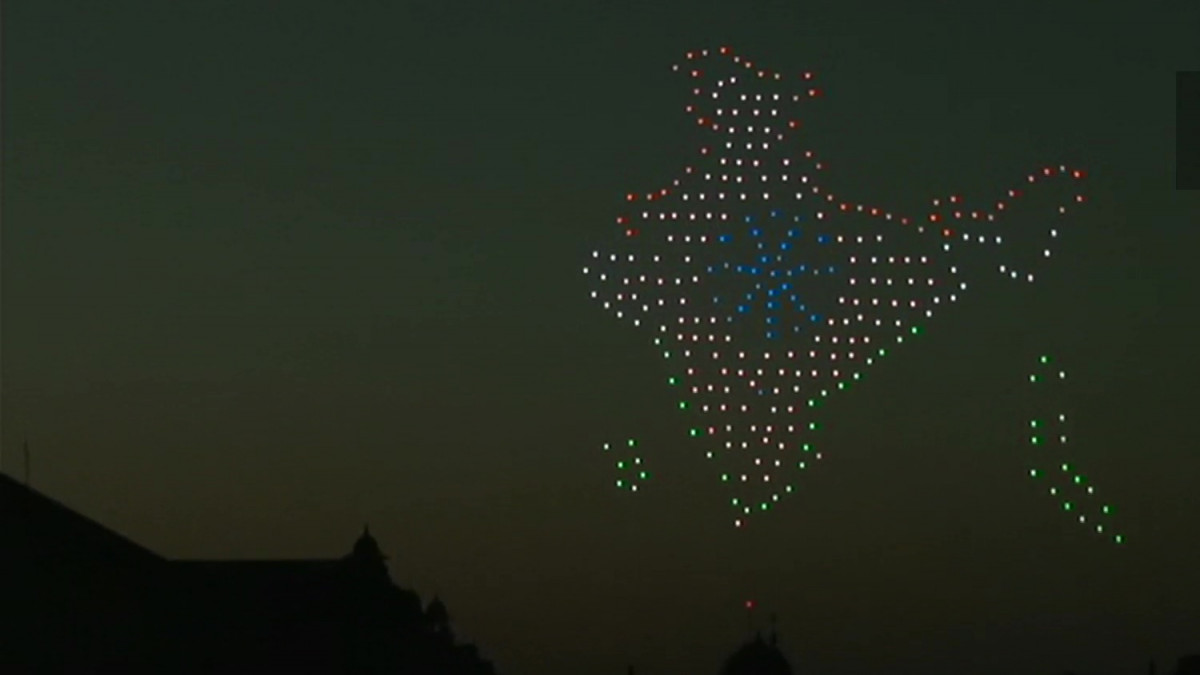 This year's ceremony was conceptualised, designed, produced and choreographed under the Make in India' initiative.

Written by Scottish Anglican poet and hymnologist Henry Francis Lyte back in 1847, 'Abide With Me' had been part of the Beating the Retreat ceremony since 1950. The hymn was dropped by the government on the grounds that playing more Indian tunes would be appropriate in view of the 'Azadi ka Amrit Mahotsav', a move that has been criticised by Opposition parties.

All said, the sky dazzled with drones, fabricated through indigenous technology, as the show lasted for around 10 minutes along with synchronised background music.

A projection mapping show to commemorate 75 years of independence on the walls of North Block and South Block, added colours to the ambience.

Commander Vijay Charles D'Cruz was the principal conductor of the ceremony.

The drone show was organised by the startup Botlab Dynamics' and supported by Indian Institute of Technology (IIT) Delhi and the Department of Science & Technology.

A centuries-old military tradition, Beating the Retreat dates back to the days when troops disengaged from a battle at sunset. As soon as the buglers sounded the retreat, the troops ceased fighting, sheathed their arms and withdrew from the battlefield. 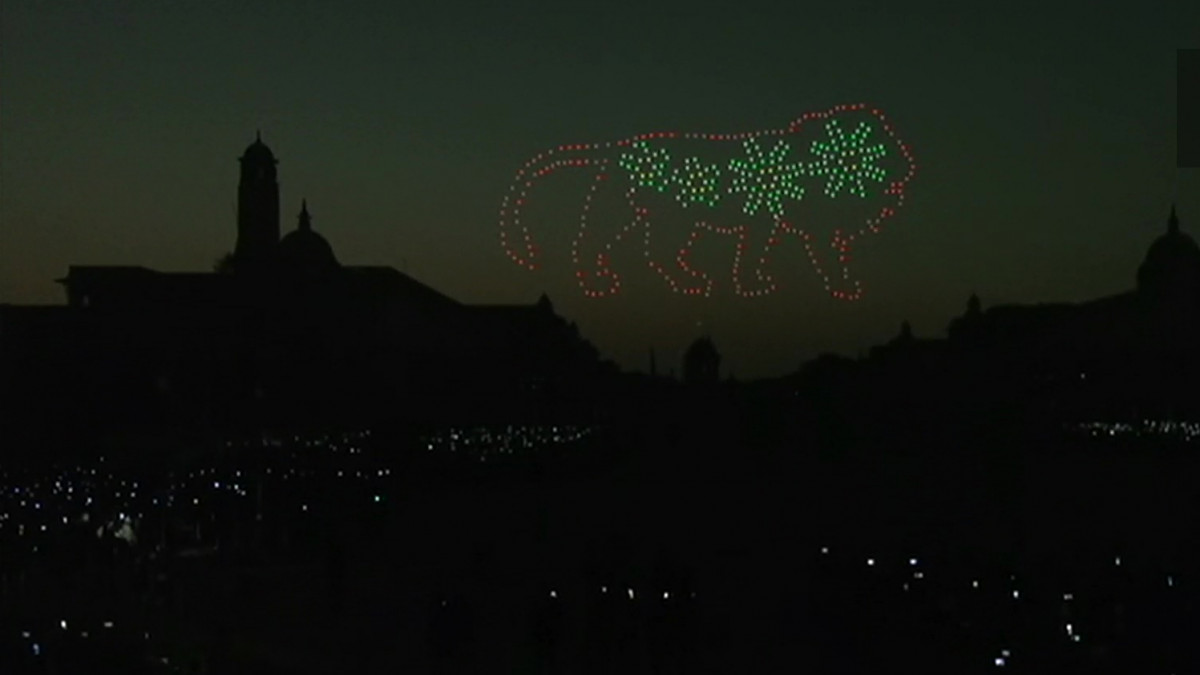 The custom of standing still during the sounding of retreat has been retained to this day. Colours and standards are cased and flags lowered at retreats.

And drumbeats recall the days when troops, billeted in towns and cities, were recalled to their quarters at an appointed time in the evening.

Those present to witness the ceremony carried eco-friendly invitation cards.

The cards had been prepared with the seeds of medicinal plants of Ashwagandha, Aloe Vera and Amla embedded in it. People are being encouraged to plant those in their gardens/flower pots and reap the age-old medicinal benefits, according to the defence ministry.

With a note of serenity, Sare Jahan se Acha' song concluded the event and the gathering slowly dispersed.

The Beating the Retreat ceremony marked the end of Republic Day celebrations that started this year a day early with Parakram Divas on January 23 to mark birth anniversary of Subash Chandra Bose.