The Ramayana describes how Lord Hanuman lifted an entire mountain when he failed to identify the fabled herb, ‘Sanjeevani’, for the urgent treatment of an injured Laxman because he was mesmerised by the valley copious with countless species of medicinal plants.

The Ramayana describes how Lord Hanuman lifted an entire mountain when he failed to identify the fabled herb, ‘Sanjeevani’, for the urgent treatment of an injured Laxman because he was mesmerised by the valley copious with countless species of medicinal plants.

While the legend has fascinated many since millennia, the extraordinary importance of the Gandhamardhan hills (located on the border of Bolangir and Bargarh districts in Odisha) which is believed to be associated with Lord Hanuman's quest in the famed Indian epic is very much relevant even today.

Researchers and scholars from Sambalpur University in Odisha have now put up their joint efforts in tracing the mythical wonder herbs in the legendary mountain to find cure against life-threatening diseases like cancer.

Scholars from the Biotechnology, Bioinformatics, and Chemistry department of the varsity have already collected 75 varieties of medicinal plants and started a nursery in the university campus to meticulously nurture the herbs using tissue culture methodology. A total of 250 Ayurvedic physicians have also lent their support to the noble project.

With the due application of modern science and tech, crucial chemical compounds are extracted from the herbs and then isolated for experimentation. Malignant tissues collected from cancer patients through biopsy are stored in incubators to help them grow in ideal conditions. The compounds are then allowed to interact with the tissue cells while their activity and efficacy in neutralising the uncontrolled growth is being monitored.

Research fellows claimed to have witnessed slow development in cell growth in the study. While Allopathic medicines generally destroy both good and malignant cells, the new research gives a ray of hope to find more effective treatment against the cancer without causing any adverse physiological effects.

"We are focussing more on natural therapeutics especially those having anti-cancer properties. After establishing their phytochemical properties, their extracts are obtained and screened on cancer cell line to study phytotoxic effects," explained Rajesh Meher, a research scholar. 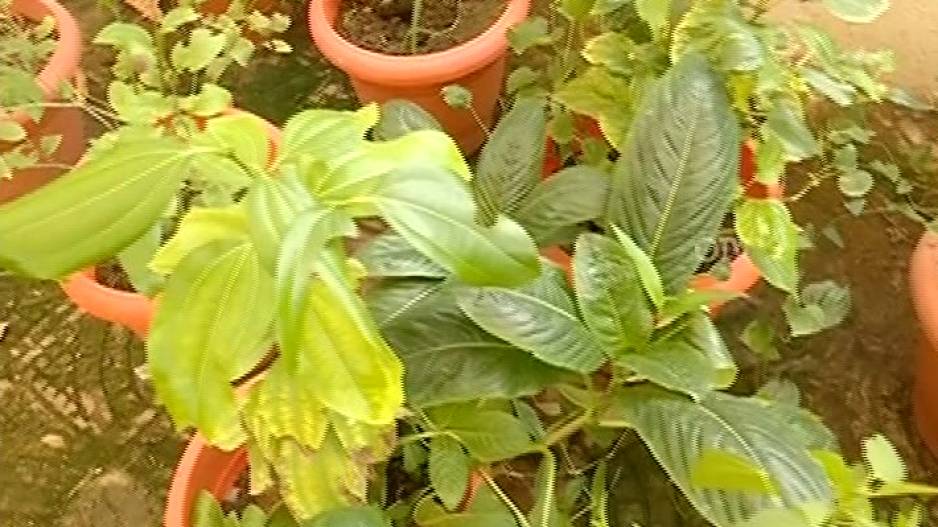 Not only cancer, but research is also underway on several other life-threatening diseases, vector-borne and bacterial infections, diabetes, said Smruti Gamya Dash, an anti-cancer research fellow.

As per reports, a World Bank-sponsored project Centre of Excellency In Natural Products and Therapeutics Centre was set up at the University for taking up research activities with Rs 4 crore grant in 2019. The tenure of the project is 5 years. As many as 9 scientists 15 research scholars are now working 24x7 to make the project successful.