BJD MLA Prashant Jagdev, well known for courting controversies for his highhandedness, is at it again.

Biju Janata Dal MLA Prashant Jagdev, well known for courting controversies for his highhandedness, is at it again. This time, the legislator from Chilika Assembly constituency, who has often been in news for all the wrong reasons, finds himself in a soup after was purportedly seen thrashing a senior Nagar BJP leader in full public glare at Balugaon area in Khordha district.

Taking strong and immediate action following the incident, BJD supremo and Chief Minister Naveen Patnaik suspended the 'unruly' legislator from the party. This apart, Patnaik has also expelled the MLA from the post of Khordha District Planning Committee Chairperson, that he was holding for the last two years. 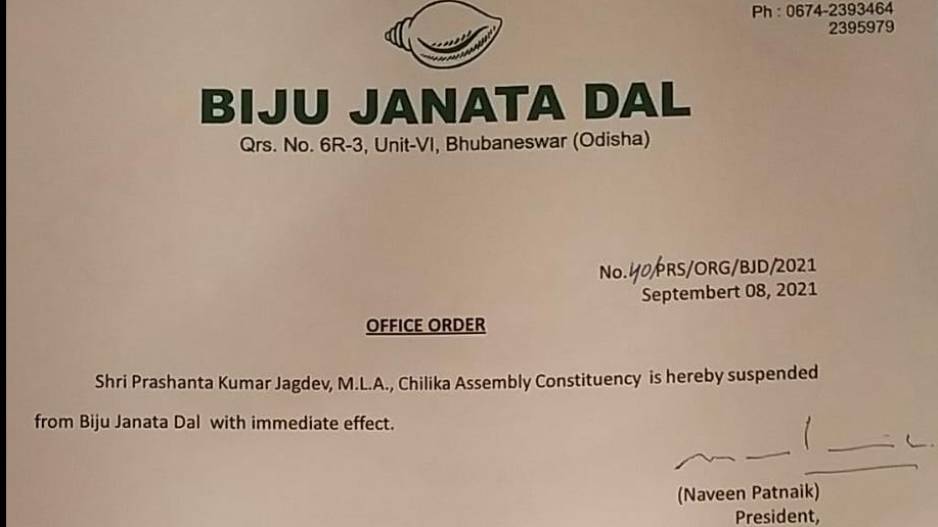 Earlier in the day, a video of the incident went viral on social media platforms which showed MLA Jagdev manhandling and slapping Balugaon Nagar BJP President Niranjan Sethi at a busy market street in the coastal town.

As per Sethi’s accusations, while he was returning after having a discussion with the NAC Executive Officer, Jagdev, who was traveling in a car, stepped out and attacked him (Sethi) like a ‘Goonda’. “He pounced on me like a Goonda,” Sethi said.

Sethi said many BJP workers were accompanying him when the incident occurred.

"I went to the NAC office and enquired with the EO to find out the reason behind the withholding of old-age pension. She agreed to release the money to the beneficiaries at the earliest. However, when I was returning, Jagdev emerged from nowhere and beat me up. He also hurled abuses at me in front of everyone," Sethi said narrating the sequence of events.

Jagdev however played down the incident and clarified that he did not beat the BJP leader. When we tried to enter the NAC office gate, they (BJP group) stopped us and so I pushed them.

Jagdev claimed that the Balugaon Nagar BJP President was in fact wielding a gun during the faceoff. Speaking to OTV, Jagdev accepted the suspension order by the party. "Chief Minister Naveen Patnaik has taken the right decision in view of the image of the party," said the legislator.

Following the incident, hundreds of BJP workers went on an impromptu dharna in front of the Balugaon Police Station demanding the immediate arrest of the BJD legislator. Senior BJP leader Prithiviraj Harichandan is also reported to have rushed to the spot to join the demonstration.

The BJP has demanded that an FIR be lodged against the ‘rogue’ BJD MLA immediately for the dastardly unprovoked attack.