As per the recorded data of the Guiness World Records, Manikyam, a cow from Kerala holds the title of being the shortest cow in the world.

Nature has a bucket of surprises for all and everywhere. Many a time, nature brings something to foresight that is hard to believe but is true. In one of such instances, hundreds of people were seen thronging a farm in Bangladesh to get a glimpse of the world's shortest cow, a dwarf bovinae. Despite the deformity of the animal, Rani is melting the hearts of netizens.

As per a report published in The Tribune, the pigmy cow is all of 20 inches high and 26 inches long. She weighs around 26 Kg only. The cow is so small that any adult person can lift and carry it in bare hands.

“Many people are coming from different places to see the mysterious cow.”

At just 20 inches (50cm) tall, the keepers of this tiny cow in Bangladesh think it could be the world’s smallest 🐄👇 pic.twitter.com/2tx4LR5fJj

The report states that the managers of the farm have applied to the Guinness World Records to vet Rani as the shortest cow in the world.

"We are very confident that this cow is the smallest one in the world," The Tribune quoted Mohammad Salim (execuitve at Shikor Agro Industries) as saying.

As per the recorded data of the Guiness World Records, Manikyam, a cow from Kerala holds the title of being the shortest cow in the world. Manikyam was 24.07 inches tall when it made it to the record book in 2014. 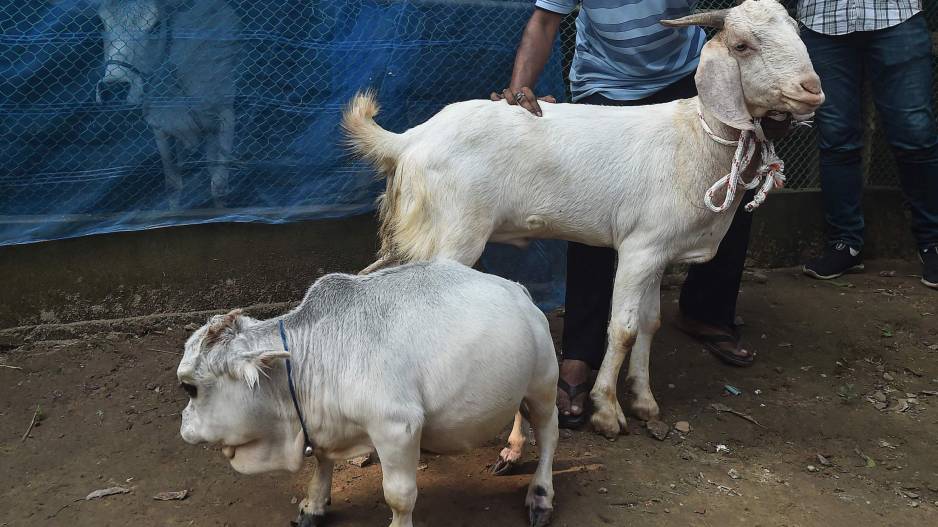 Several pictures and videos of Rani have gone viral on different social media sites. People from across the world are sending love and are appreciating the dwarf cow with comments like cute, adorable, etc.