As per the official notification, officers in the ranks of Additional DCP/ ACP/ Inspector of Police in the Police Commissionerate, Bhubaneswar-Cuttack have been transferred and posted to the posts/ PSs as noted against the existing vacancies, administrative requirement and interest of public service.

The details of the transfers and reshuffles have been provided below – 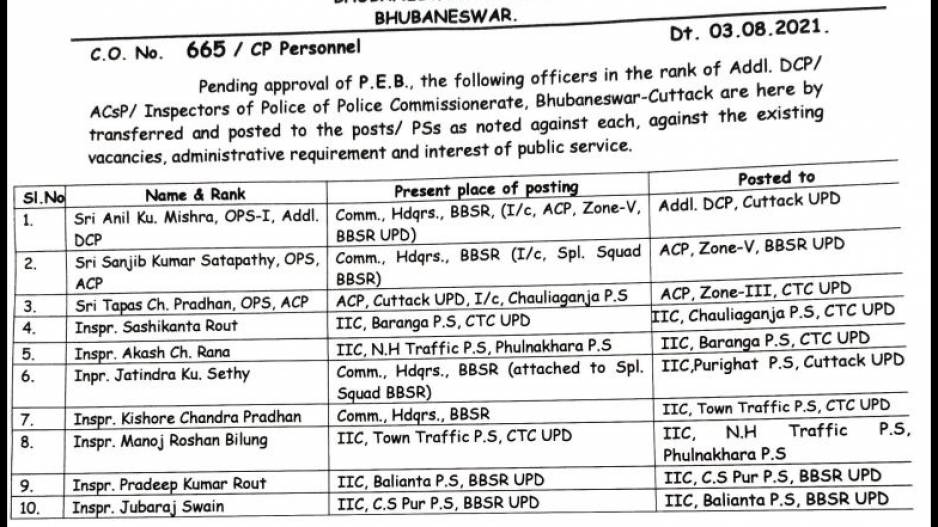 The officers have been ordered to be relieved immediately from their current charges so that they can join new workplaces on the given date.

Earlier in July, the Odisha government had effected a major reshuffle in the mid level Indian Police Service (IPS) ranks in the State by shunting several SPs from their present postings