PC Culture Prevalent Under 5T Nose In Nuapada; Video Bares It All

A purported video which is doing rounds on social media has brought to the fore the sorry state of affairs prevailing in the rural pockets of the State.

Nuapada: The 5-T initiative of the Odisha Government which was launched with an aim to bring in perceptible improvement in the quality of governance and delivery of public services seems to have fallen flat in Nuapad district.

It becomes evident from an incident which has seemingly exposed the PC (Percentage Commission) culture in Sinapali block of Nuapada district.

A purported video which is doing rounds on social media has brought to the fore the sorry state of affairs prevailing in the rural pockets of the State.

Low Pressure In Bay of Bengal On July 21: Check Places, Time Of Lightning In Odisha

It can be seen in the video that two Block level junior engineers (JE) identified as Upendra Tihadi and Narayan Sahoo were ostensibly bargaining commission with a local contractor from the total sanctioned cost of a project.

As per the complaint, a community building was being constructed at Kapasi Dangaripada in Sinapali at a cost of Rs 5 lakh which was sanctioned from the Western Odisha Development Council.

Gopinath Hans, a local contractor, had been assigned with the construction works. After completion of the project, both the JEs allegedly called the contractor and handed over a list of officers and their share of commission. During the conversation, Hans had secretly recorded the video capturing the entire goings on.

According to reports, the contractor had met them at Tihadi’s residence while Sahoo had made the bargaining during which the contractor had videotaped the conversation. The list of officers which Sahoo handed over to Hans also contains the name of the Block Development Officer (BDO).

Hans alleged that 30 per cent of the total cost of the projects including 18 per cent PC is spent on various heads on officers’ expenditure.
“I had sent 18 per cent PC to administration through the JE. With the PC, some other expenditure pushed the tally to 30 per cent of the total cost of the project. This is happening in the case of every contractor in our block. How can a contractor undertake a project if such an amount would be spent on bribing administrative officials? he asked.

When asked, BDO Sadasiv Nayak sought to dismiss allegations about his involvement. He said “every work is being undertaken in strict adherence to 5T principle. Our motto is to bring transparency in public services. The matter will be investigated and action will be taken accordingly if anyone is found guilty,” he said.

On the other hand, Collector Swadha Dev Singh assured action against the erring officials after investigation.  “Whosoever has feature in the video would be inquired upon. If anyone is found guilty, action would be initiated against him/her,” the Collector said. 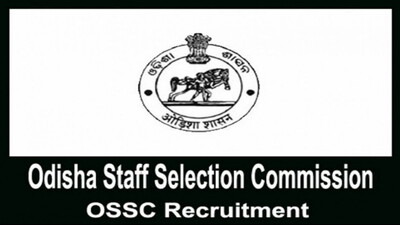