On his first death anniversary on Wednesday, Soren’s family members and co-villagers offered floral tributes at his 'samadhisthal' at Bada Champauda village under Bijatala block of Mayurbhanj district.

Vehicles Washed Away In Mudslide In Kameng Arunachal Pradesh

Watch- Ram Baraat Taken Out At Hapur, UP

On his first death anniversary on Wednesday, Soren’s family members and co-villagers offered floral tributes at his 'samadhisthal' at Bada Champauda village under Bijatala block of Mayurbhanj district.

They also offered prayers as per the tribal rituals and prayed for his peace and salvation. Rairangpur SDPO and Sub-Collector were also present at Soren's memorial in the village.

One Year Of Galwan Valley Clash: Indian Army Pays Tributes To The Martyrs

The villagers also organised a peace meeting to remember the supreme sacrifice made by the soldier to safeguard the country’s borders.

"He is the pride of our village and his contributions towards our country will be remember forever. We paid our rich tributes to him at his samadhi on his first death anniversary," said Laxman Charan Majhi, brother of Nuduram.

Soren was serving as Naib Subedar in the 16th Battalion of the Bihar Regiment when he lost his life in the cross border clash.

As many as twenty Indian Army personnel, including Soren, were martyred in the clash with Chinese troops along the LAC in Galwan valley in June last year, the biggest military confrontation between the two Asian giants in over five decades. 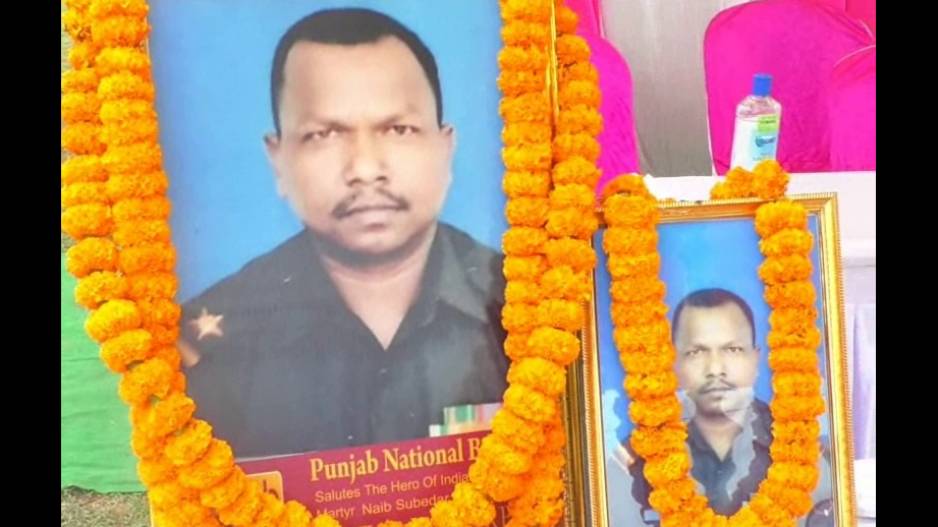 Soren is survived by his wife and three daughters- Ganeswari, Manasi and Sonali. While Ganeswari and Manasi are in Class IX and VI respectively, Sonali is yet to start her schooling.

He has been named for the Vir Chakra award posthumously on the occasion of the 72nd Republic Day this year in January.
Paying due respect to the fallen hero of Odisha, the Royal family of Mayurbhanj on December 19, 2020 had released a documentary film ‘Nuduram Ka Safarnama’ on the life of the Indian Army soldier.